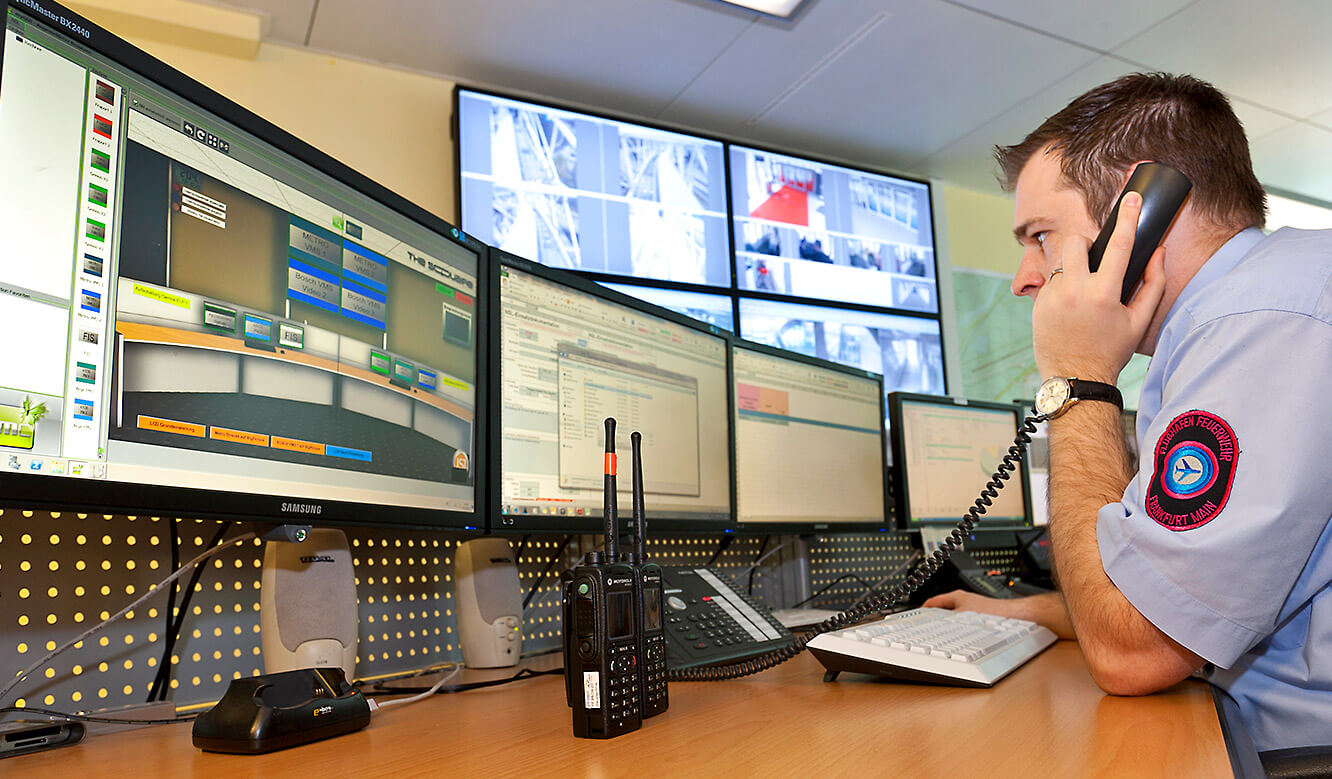 JST-Technik provides in the emergency and service control center of THE SQUAIRE for the safety of employees and visitors.

THE SQUAIRE at Frankfurt International Airport is an extraordinary business location in many respects, which has become a landmark building with its unique architecture – a characteristic feature of Airport City Frankfurt. THE SQUAIRE is located at the most easily accessible location in Europe – directly above the ICE main-line railway station, with direct access to one of the most important motorway junctions in Germany and with covered access to Terminal 1 of Frankfurt Airport. The approximately 140,000 m² of floor space includes offices, two Hilton hotels, a business and Conference Center, as well as an infrastructure of restaurants, doctors, fitness facilities, daycare centers and services ranging from hairdressing to cleaning. The size and complexity of this unique building requires a multitude of monitoring tasks, which have been bundled in the emergency and service control center.

With the innovative technology from Jungmann Systemtechnik, the employees in the control center keep an eye on all service emergency calls. Whether elevators, fire alarms, the entire building management system or video surveillance of all access points – nothing escapes the team around Stefan Ertl, Head of Fire Protection and Security. Thanks to a large display wall installed by JST and the use of MultiConsoling®, which enables a significant reduction in the number of individual workstations, no message goes unnoticed.

In addition, the PixelDetection® software permanently queries all safety-relevant fault messages. Stefan Ertl: “All significant messages appear visible to the employees on the video wall A fast response time is thus guaranteed.” Especially the monitoring of the funicular railway, which connects THE SQUAIRE with THE SQUAIRE Parking, can be continuously monitored. At the same time, the operator is able to keep an eye on the entrances, for example. “Our team praises the new system, which not only simplifies work but also makes it safer”, says Stefan Ertl. 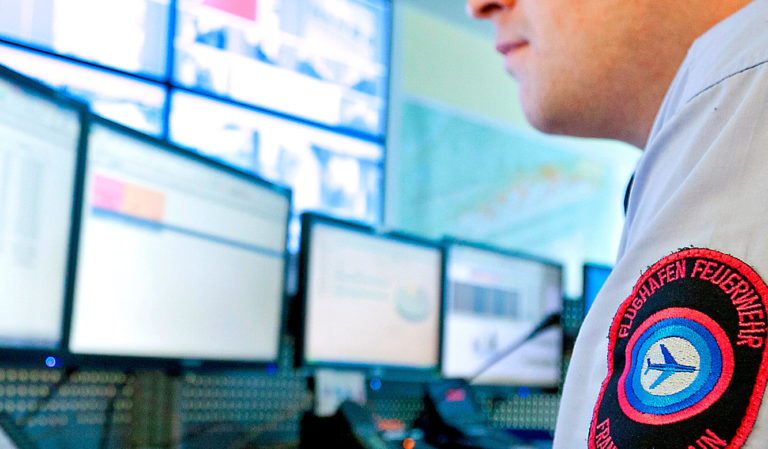 The employees of Fraport AG are responsible for security at THE SQUAIRE
JST MultiConsoling®: – Only three computers per workplace and the large display wall – thanks to maximum clarity, the operator can keep an eye on all relevant messages 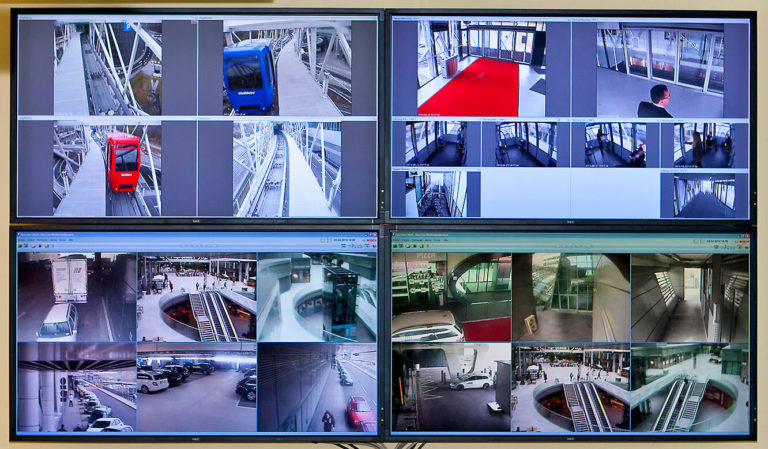 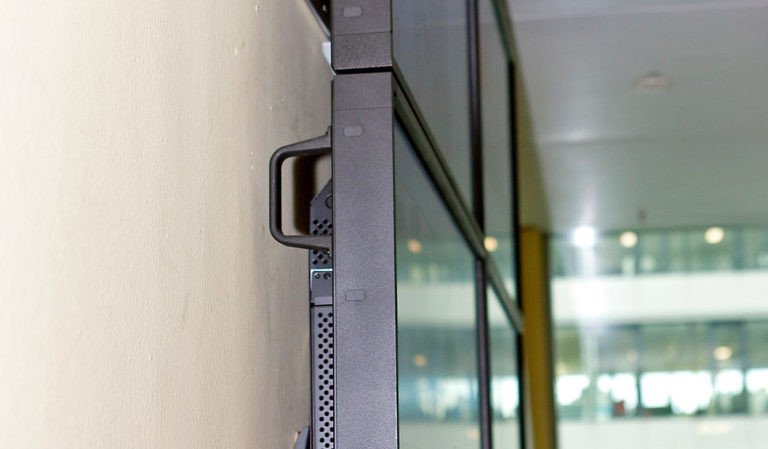 JST large display wall: – The most important cameras are displayed on two workstations in front of the large display wall (4x 46″ LC displays). This is the perfect complement to the hazard management screens in the workplace. In this way, all information remains in the optimal perspective of the employees.
JST large screen displays –mounting alternative: Here the displays were mounted directly on the wall.

THE SQUAIRE is one of the largest building complexes worldwide. The 660 metre long and 45 metre high building above the ICE railway station at Frankfurt am Main Airport has a rental area of around 140,000 m². The anchor tenants are KPMG, Deutsche Lufthansa AG and the Hilton Worldwide Group. The innovative usage concept of THE SQUAIRE, “New Work City”, stands for a new working and office environment, which, with a tailor-made infrastructure of office, hotel, event and conference space, catering, shops and services, creates a working environment that promotes performance, motivation and creativity.

Our own adjacent parking garage, THE SQUAIRE Parking, offers 2,500 parking spaces. THE SQUAIRE is 98% owned by IVG Immobilien AG. 2% is held by the airport operating company Fraport AG, which is also responsible for security. Up to 7,000 people are employed in the architectural icon THE Squaire. The showpiece of Airport City Frankfurt includes 97 lifts and escalators, 20,000 facade elements, 7,000 doors, 2,000 panes in the glass roof, 2,500 kilometers of laid cable, 20,000 tons of steel and 60,000 cubic meters of concrete. Total weight: 350,000 tons. 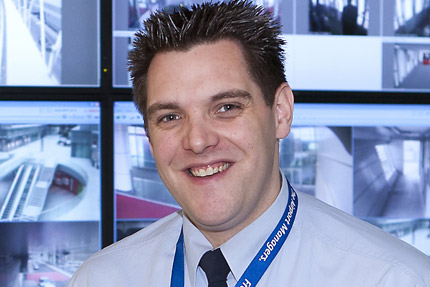 "Our team praises the new system, which not only simplifies the work but also makes it safer"

Fire Protection and Safety Manager at THE SQUAIRE 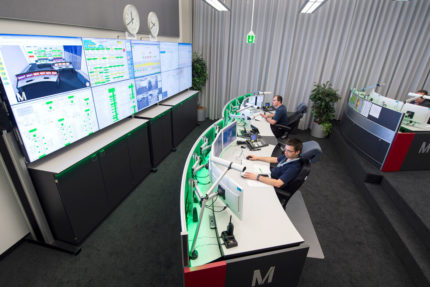