NRW traffic center has a complete overview of motorways 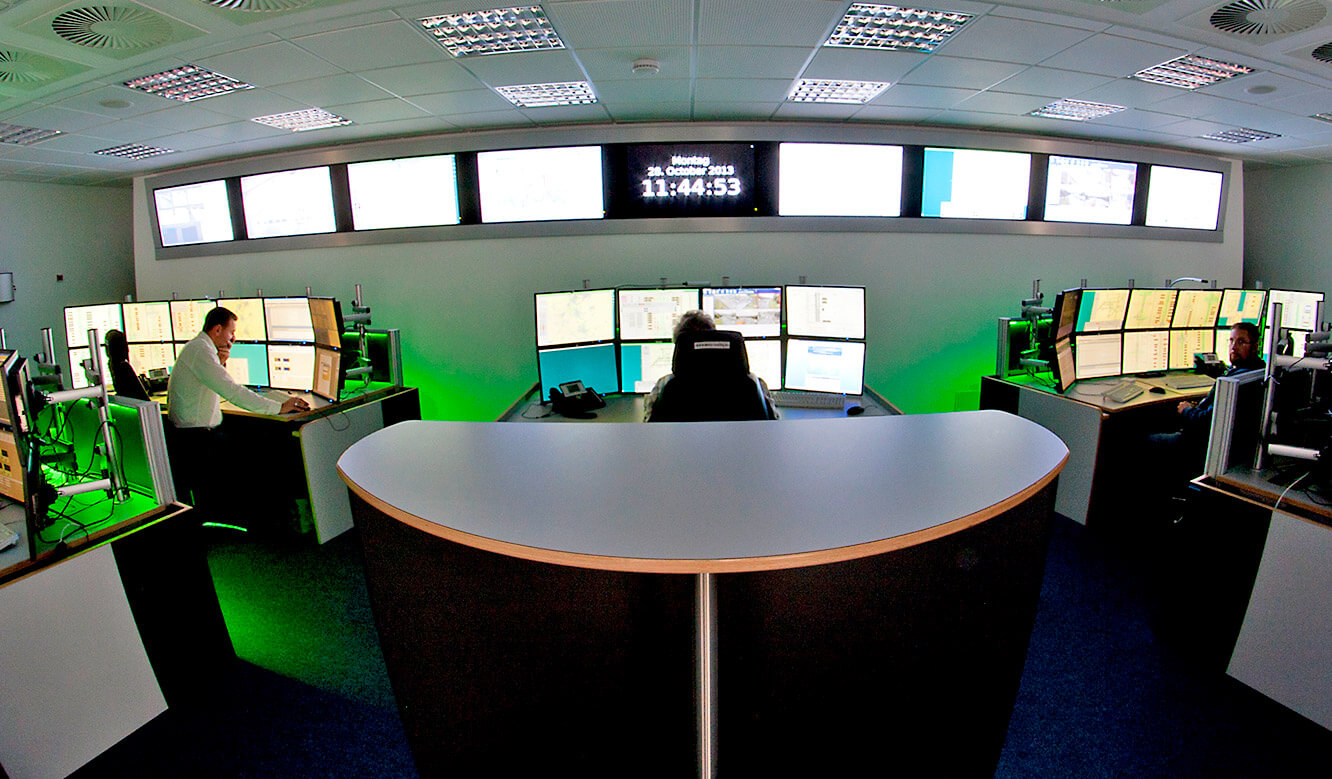 A perfectly coordinated concept of ergonomics and technology - the new control room of the NRW traffic control center.

“Watch out for traffic.” – with so-called traffic control systems, the traffic control center has been proven to improve traffic safety and traffic flow on NRW’s motorway routes. After the planning, construction and operation of these telematics facilities have been brought together under the umbrella of Landesbetriebs Straßenbau NRW – short form: Straßen NRW – they will be controlled by the operators of the newly built traffic control center in Leverkusen. JST MultiConsoling® enables the operators to keep a permanent eye on what is happening on the motorways and to intervene quickly and result-oriented if necessary.

Whether it is a speed limit, a ban on truck overtaking or a warning of an accident, traffic jam or road works – the illuminated LED displays above the motorways control the traffic flow depending on the current traffic situation in such a way that smooth and safe driving on the motorways is possible for all road users. A total of 17 operators work in shifts in the likewise newly constructed control room of the traffic control center – 365 days a year, around the clock. During rush hours with four persons per shift, during nights and weekends with two persons each. 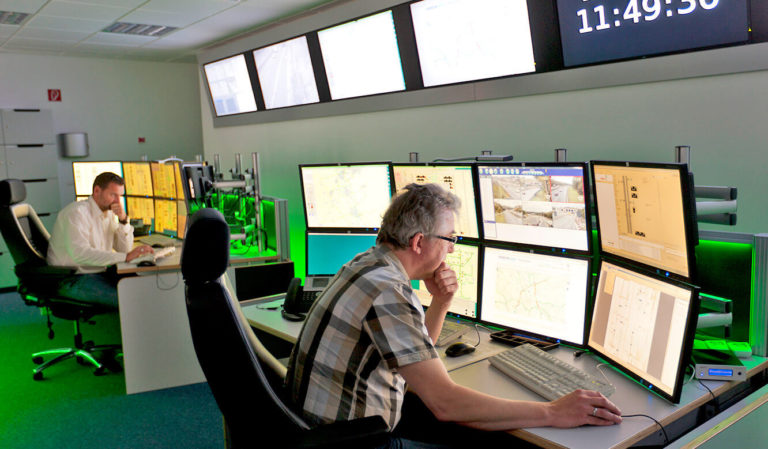 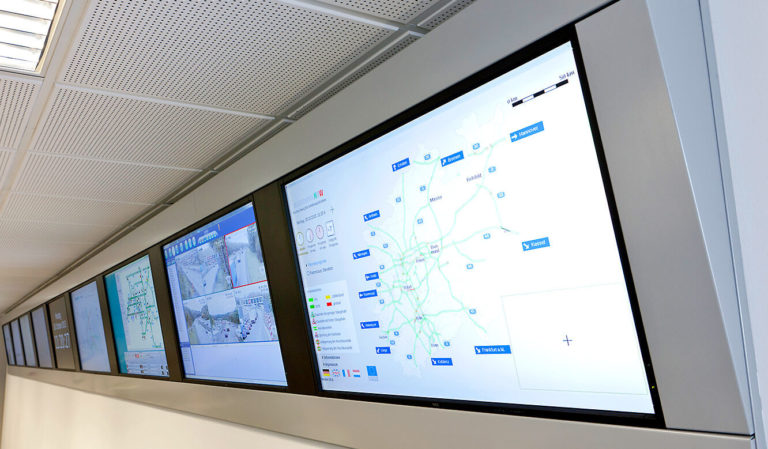 In order to make the daily work of the operators easier, the NRW traffic center works with systems from Jungmann Systemtechnik. With JST MultiConsoling® not only are screens reduced for an optimal overview at the respective workstations in the control room, but each system operation and each video camera can also be flexibly displayed at the workstation or on the large display wall . This is particularly valuable in case of different staffing levels in shift work. “For us, this means that we have a continuous overview of all specialist applications in the face of constantly changing requirements”, explains Dipl.-Ing. Ingo Menzel, member of the Traffic Management Department and technically responsible for all events in the control room of the traffic control center.

For the benefit of the new traffic control center in Leverkusen, which will employ around 100 people when it is completed, according to a corresponding press release issued by the Ministry of Construction, Housing, Urban Development, Housing and Transport of the State of North Rhine-Westphalia: The operators will monitor the operation of all telematics systems on the motorways in North Rhine-Westphalia, i.e. they will temporarily clear hard shoulders and inform road users by means of dynamic information boards about traffic jams and possible diversion routes. With the help of route guidance systems, they support the securing of daytime construction sites or accidents. Technical faults, for example at traffic detectors or weather stations, are directly forwarded to the responsible maintenance service without much loss of time. 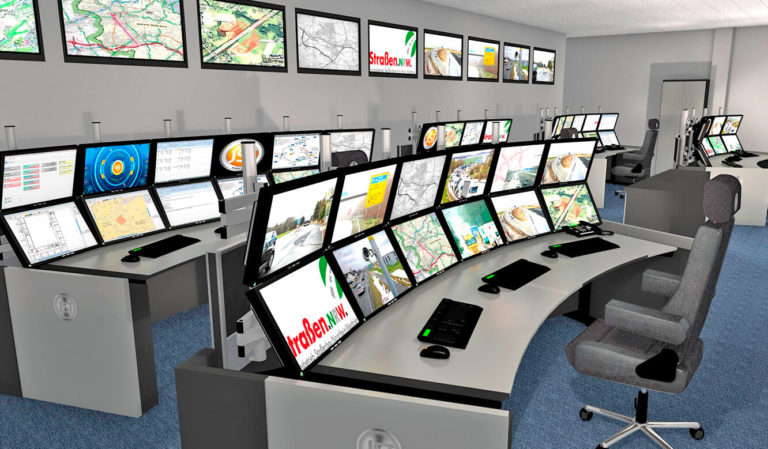 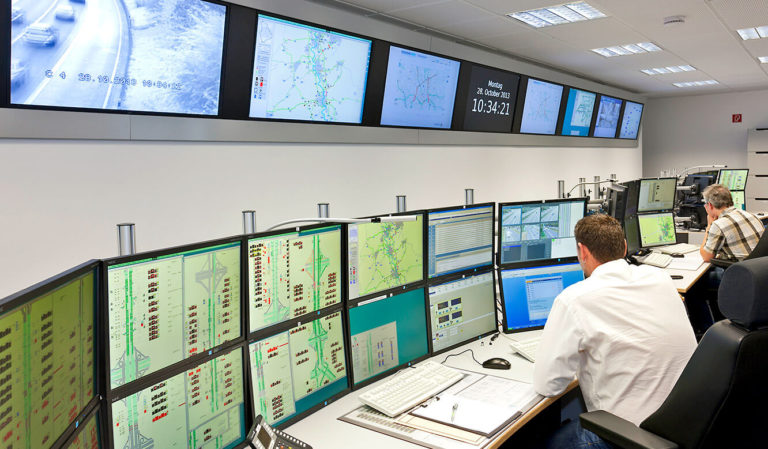 Space and ergonomics were visualised by JST with a 3D planning within the scope of the tender… These plans were implemented accordingly in the subsequent design.

It has been proven that the number of accidents can be reduced by up to 30 percent by operating route guidance systems. In terms of congestion, the work of the traffic control center also has a significant impact. After the temporary release of the hard shoulder on the A57 between the Cologne-Longerich and Cologne-Bickendorf junctions in 2011, the number of traffic jams there has fallen by 90 percent.

A look into the future shows that North Rhine-Westphalia intends to further promote this instrument of traffic guidance: The Federal Ministry of Transport, Building and Urban Affairs has already approved investment funds of around 50 million euros for the further expansion of telematics systems on North Rhine-Westphalian motorways. 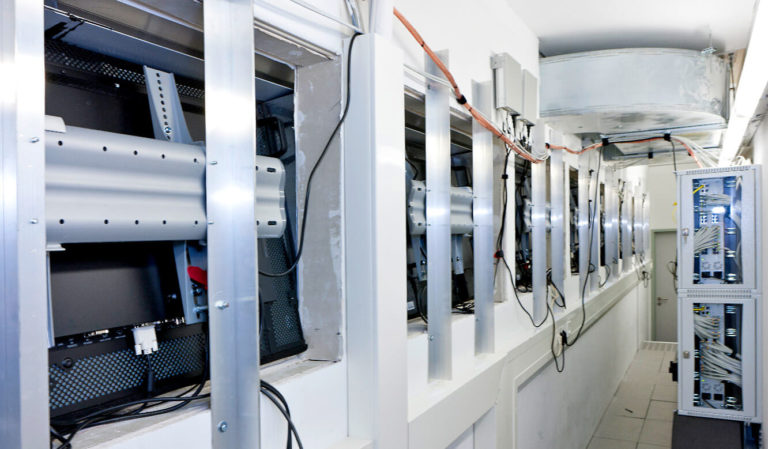 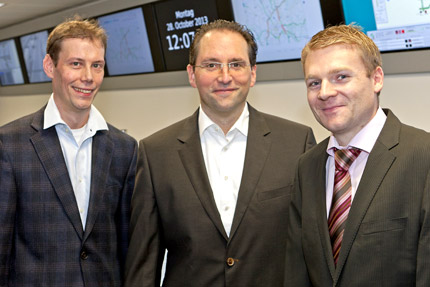