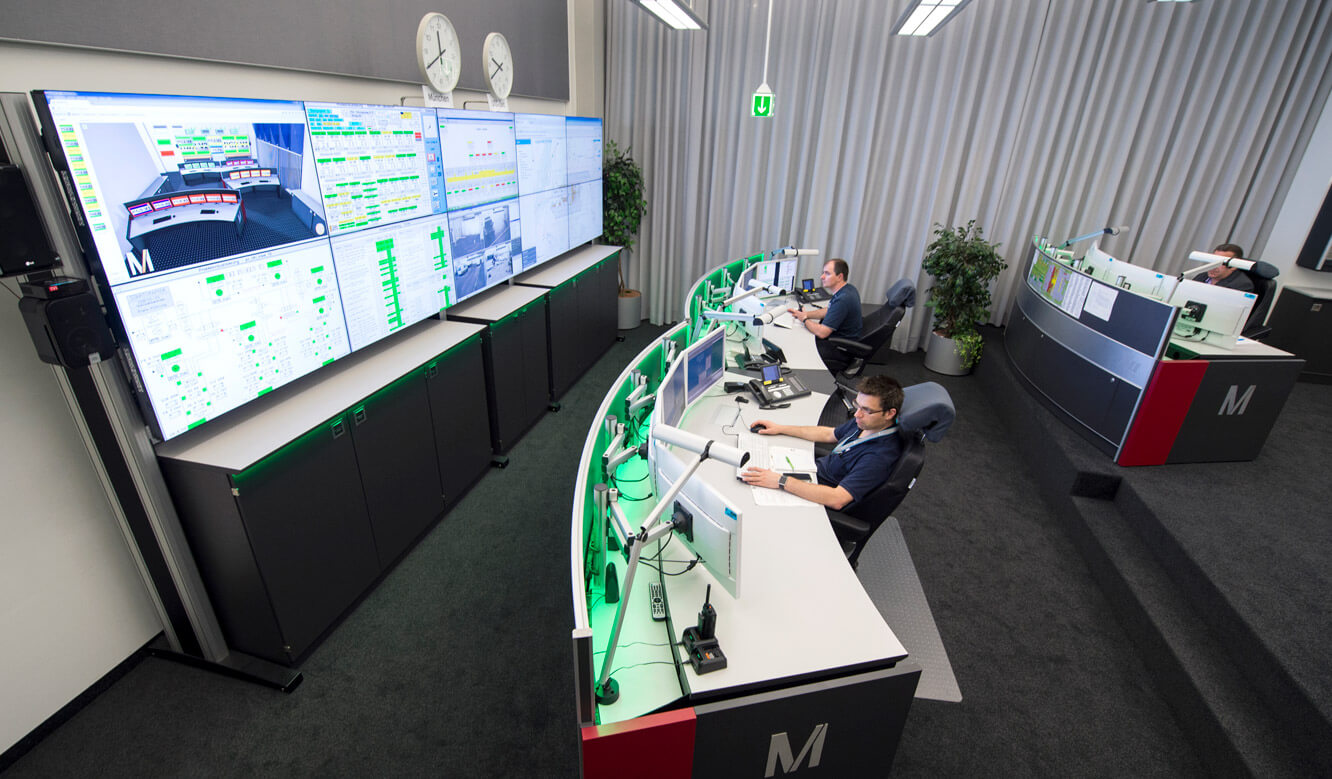 250 lifts, 240 escalators, 2,000 ventilation systems – the technical control center at Munich Airport monitors around 300 buildings with almost 28,000 rooms. Thanks to a complete re-equipment with technical equipment and furniture from JST – Jungmann Systemtechnik, the operators of the control center technology can now handle this extensive activity considerably more professionally.

“Personnel and workstations have been continuously increased in recent years, but technology and furniture have not kept pace with the increasing demands,” says Karl Rubsch, responsible for the control center technology, summing up the problems of the past. “We only had one beamer, and we had to monitor six monitors at each workstation.” His wish: Furniture that meets the ergonomic requirements of modern control centers and technology that is compatible with existing building monitoring systems.

Just the right challenge for the control room specialists at JST. First contacts made during a visit to the trade fair and later a workshop in JST’s own control room simulator culminated in a meaningful 3D planning that took into account all the wishes of the 18 employees as well as the responsible control center technology at Munich Airport. Karl Rubsch about the visualisation of the future room with the 3D representations: “This was very helpful – both for the employees and for the decision-making bodies”. 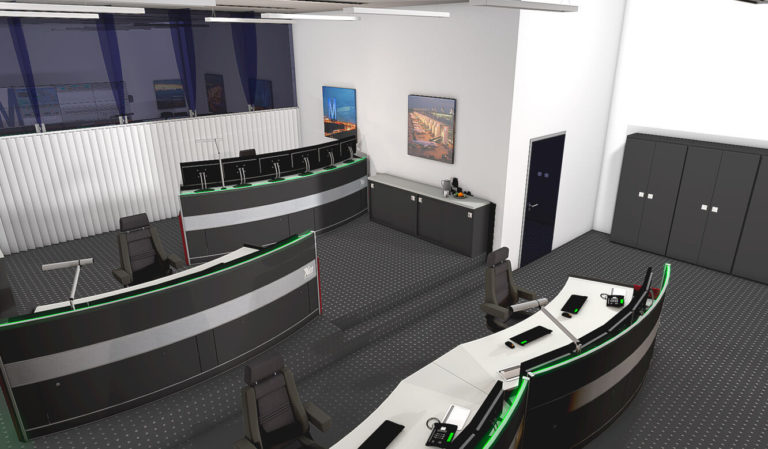 In addition to the Curve Operator consoles of the Stratos series, which set new optical and ergonomic standards, the control center now has a proactive large display wall with business displays, which are not only optimised for 24/7 operation, but also feature ultra-slim frames. “The displays are perfectly suited for large survey” says Karl Rubsch. 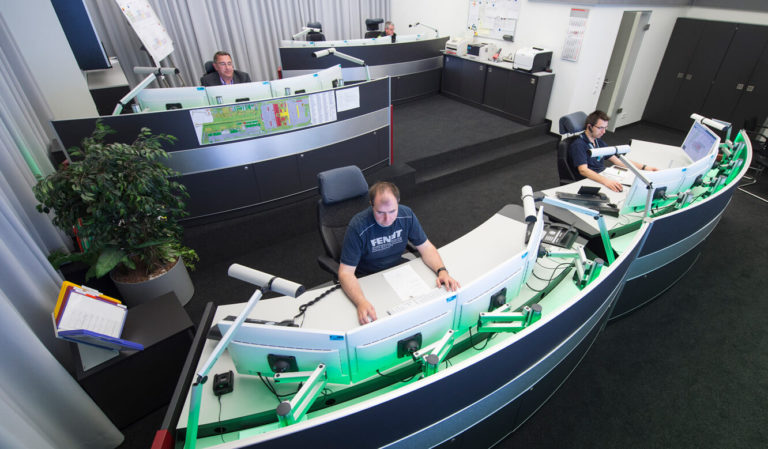 …and the subsequent implementation of the previous planning into reality.

The project manager sees the use of JST MultiConsolings®, as a particular benefit, a technology that allows workstation monitors to be reduced, provides image display and keyboard/mouse operation in real time and also offers ideal conditions for a free seating concept. Karl Rubsch: “We were thus able to outsource the entire computer technology and have significantly less heat and annoying noise. In addition, our work with MouseHopping is much easier. This is absolutely brilliant.” 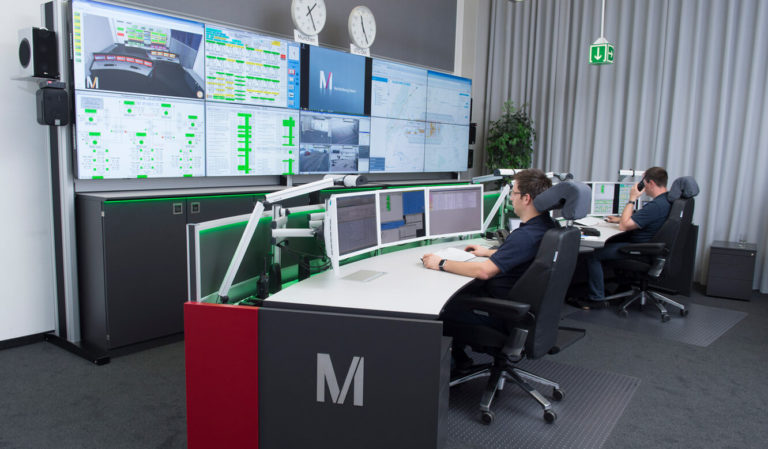 For the control center technology, however, MultiConsoling® offers another very special advantage: Via the CommandBox developed by the JST control room specialists, it is possible to integrate customer-specific IT systems and their alarm detection. In this case the monitoring system for the airport infrastructure. For example, if the software detects an important alarm, the entire team receives clear visual and acoustic signals. The installed AmbientLight flashes bright red. In other words, a safe concept that reliably supports the operators and enables lightning-fast reactions.

"System perfectly tailored to our needs"

“We now have a system that is perfectly tailored to our needs,” says expert Karl Rubsch, assessing the performance of JST employees. “This used to be just an office; today we can actually speak of a state-of-the-art control center.” 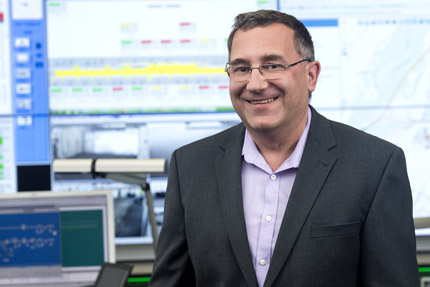 "This used to be just an office; today we can really call it a state-of-the-art control room."

Responsible for the control room engineering at the Munich Airport 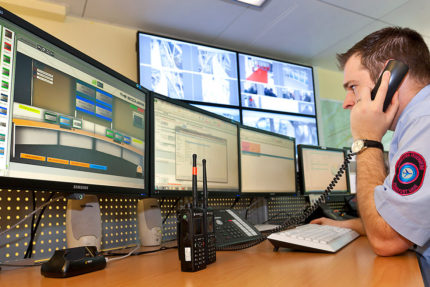 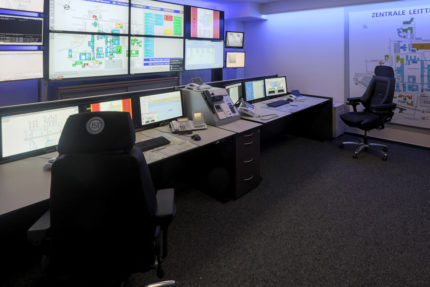 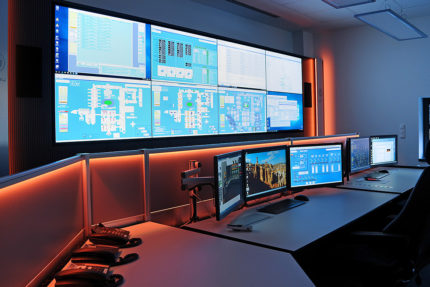