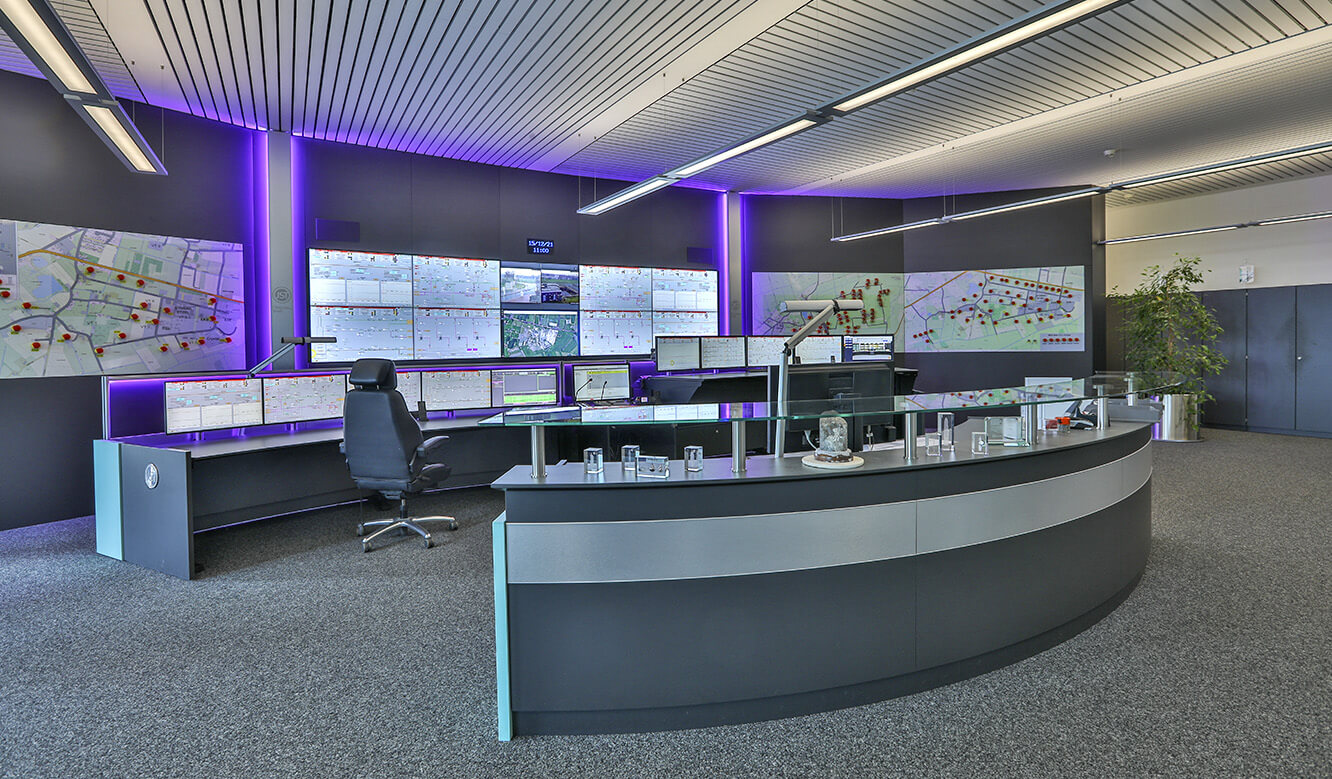 JST control room planning: Technically and optically "state of the art" - the new measuring station of STORAG ETZEL Service GmbH monitors and controls the injection and withdrawal of natural gas and crude oil in the Etzel cavern facility in East Frisia, thus contributing to the security of supply in Germany.

Security of supply for natural gas and crude oil – as the largest independent provider of cavern storage facilities in the Federal Republic, STORAG ETZEL makes a valuable contribution to energy security and gas grid stability in Germany and Northwest Europe. This is made possible at the Etzel site by a massive salt dome at a depth of more than 750 meters, which is ideal for storing large quantities of natural gas and crude oil in caverns.

But how do oil and gas get into these deep underground storage facilities? And how can these energy sources be made available again when needed? The fact that these automated processes require complex technical control becomes clear when looking at the development of the past decades in the control room of STORAG ETZEL: “In the past, we worked with a mosaic wall on which line paths and measured values were displayed,” recalls engineer Holger Gerdes, head of the process control technology department. “Motors and valves were indicated by little lights – whether a valve was closed or open, whether a motor was in operation or not.” Gerdes: “At some point, that was no longer state of the art. There were constant system additions and attachments. It became more and more confusing over time.”

From the mosaic wall to the modern video wall

The company has now completely abandoned this form of representation. With the support of the JST experts, a completely modernized control room was installed, which not only visualizes the injection and withdrawal of gas and oil via modern large-screen technology, but also takes over the control of other systems of the company: fire alarm system, object protection and the digital radio system are also part of the measuring station’s area of responsibility.

Control room before and after renovation.

Holger Gerdes: “We have been working on the modernization for years. First supplier contacts at trade fairs then quickly showed us: We like the Jungmann system best.” The project manager considers it a great advantage “that everything comes from a single hand. Furniture, monitor wall and all the technology – we didn’t have to worry about coordinating different companies. Everything was perfect!” When on-site visits to the JST control room simulator and the control center of another underground storage facility in the northwest, also implemented by Jungmann, left a convincing impression on the employees, the decision was made.

The flexible handling by the JST MultiConsoling® control system made a special impression on the STORAG ETZEL team. Future system expansions can also be easily implemented on the basis of this technology. “The colleagues were actively involved in the decision. This ensured a high level of acceptance; after all, they really wanted MultiConsoling®“, reports Holger Gerdes. And so the head of the department today also speaks for the entire control room crew when he says: “The video wall is a great relief for us. And the MultiConsoling® control system finally offers us a unified solution with which we are completely flexible. The technology makes it possible to switch on any system at any workstation. We now only need a single mouse, with which we can operate all screens and even the large screen wall thanks to MouseHopping. It’s really a fine thing.” 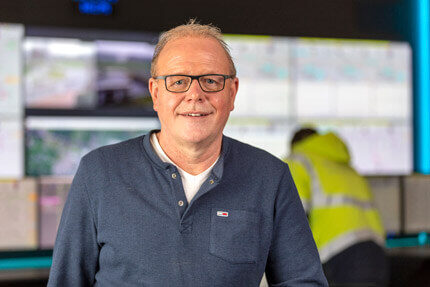 A mosaic wall with which line paths and measured values were mapped - "that was no longer state of the art". Today, the measuring station works with modern control room visualization and flexible control from Jungmann Systemtechnik. 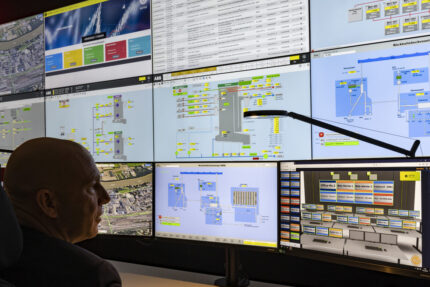 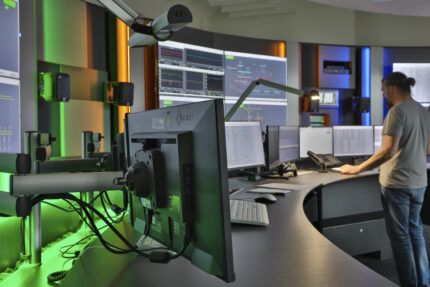 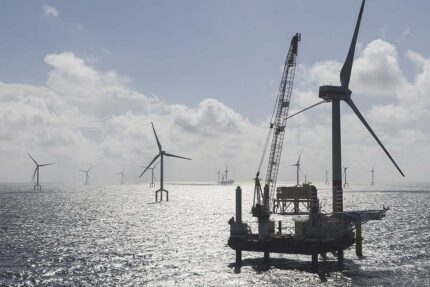