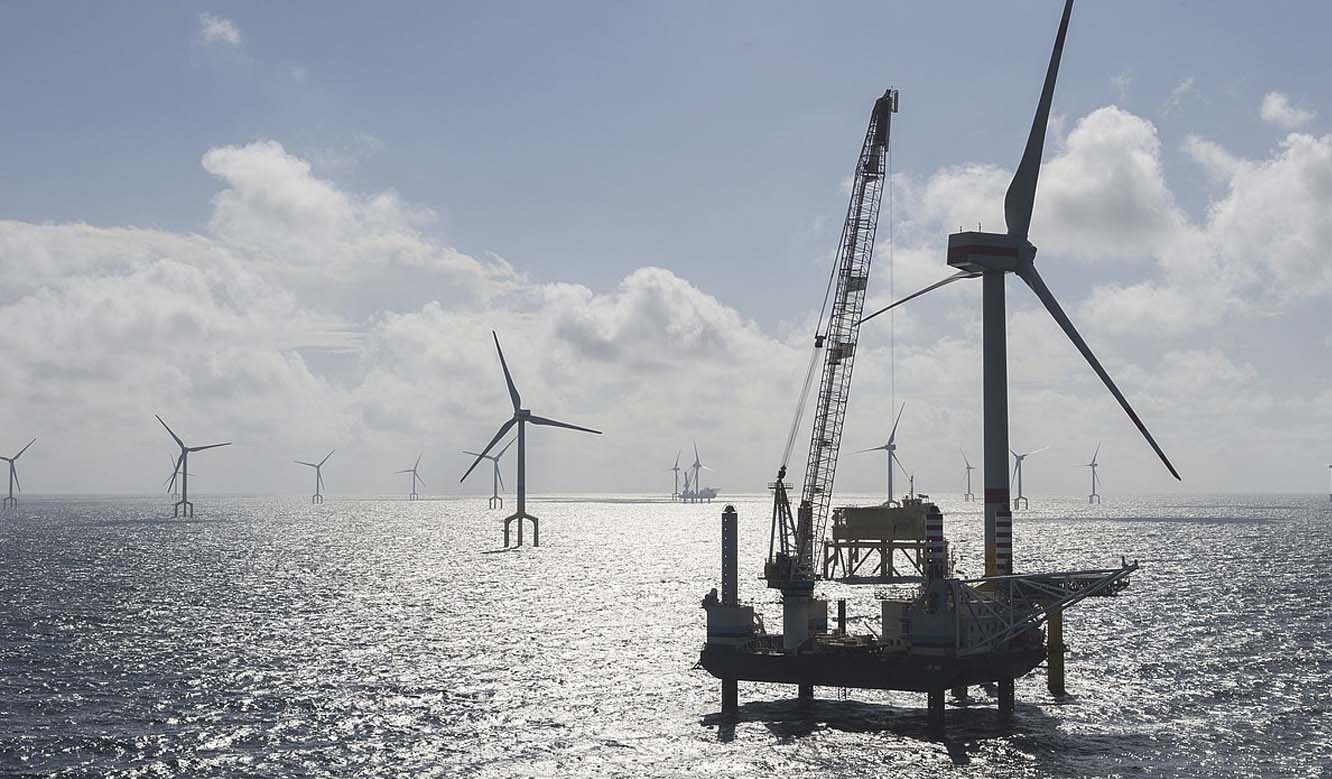 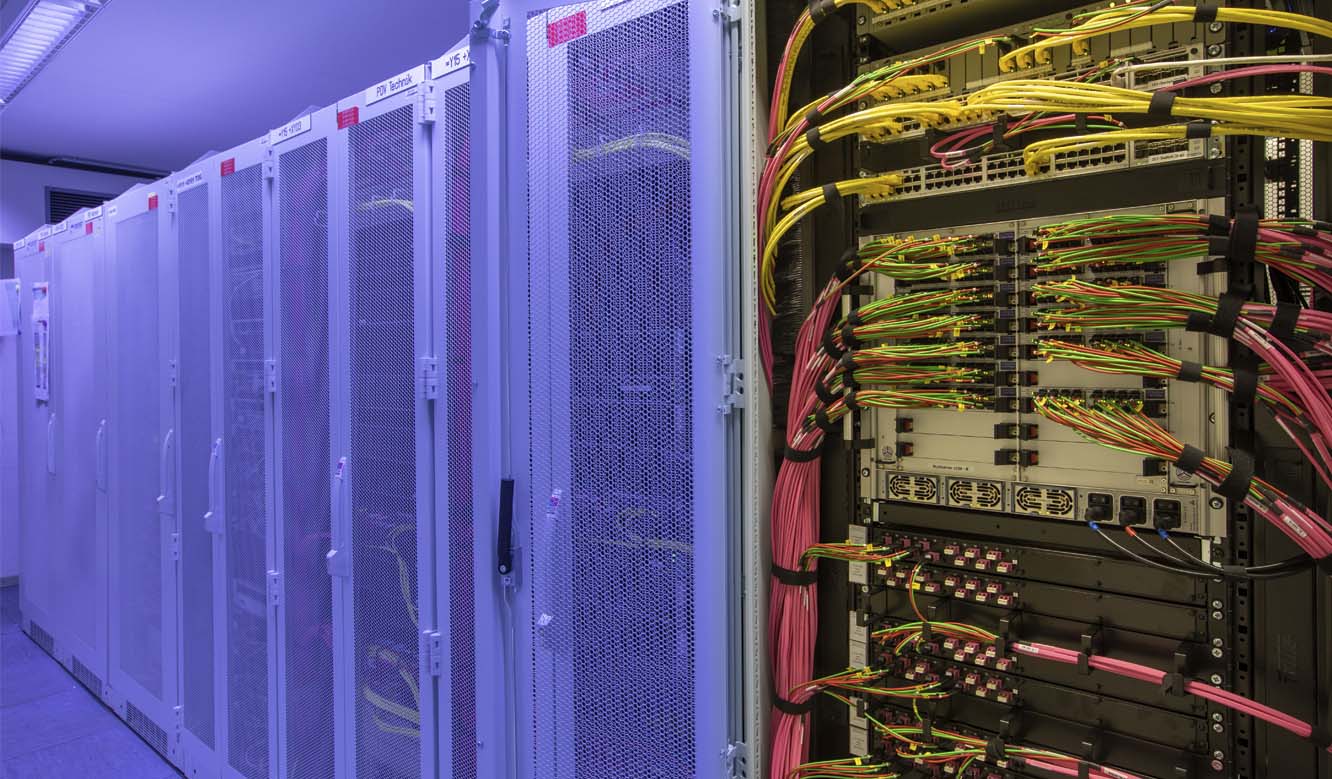 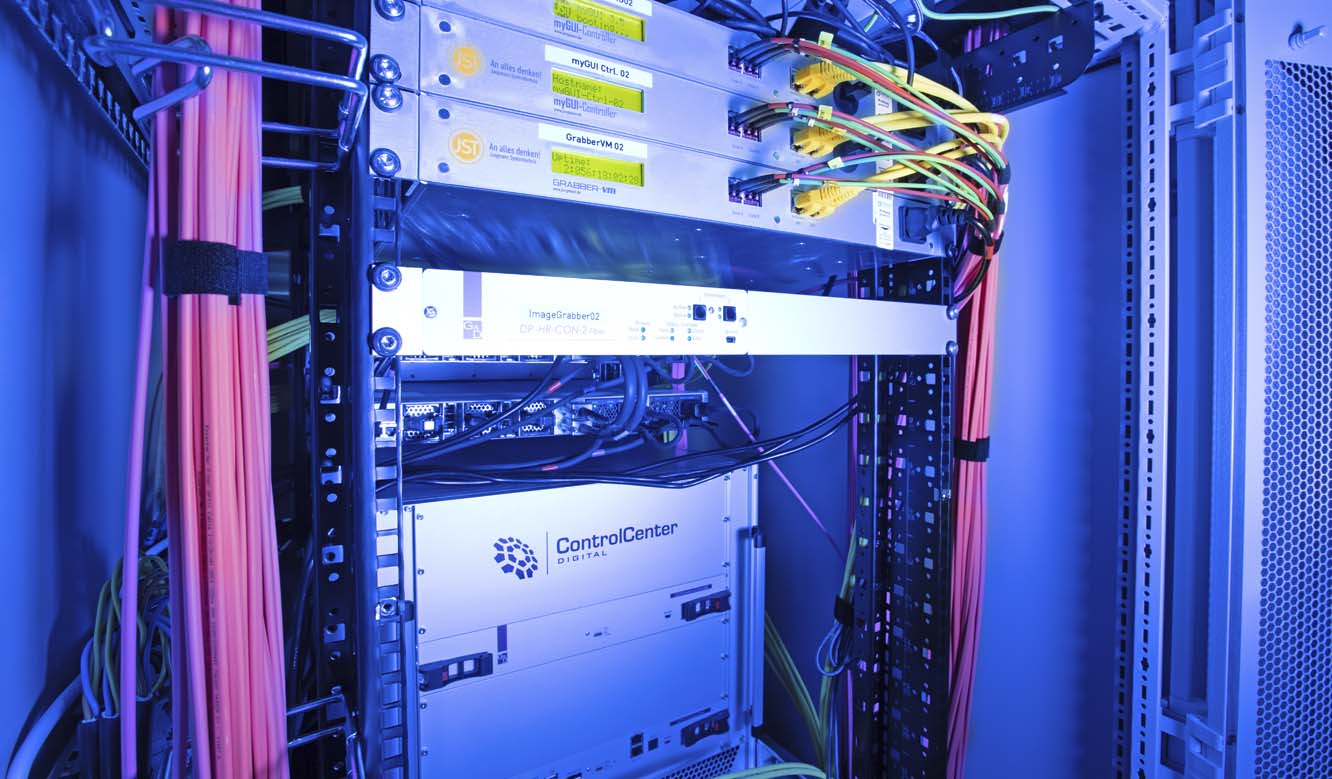 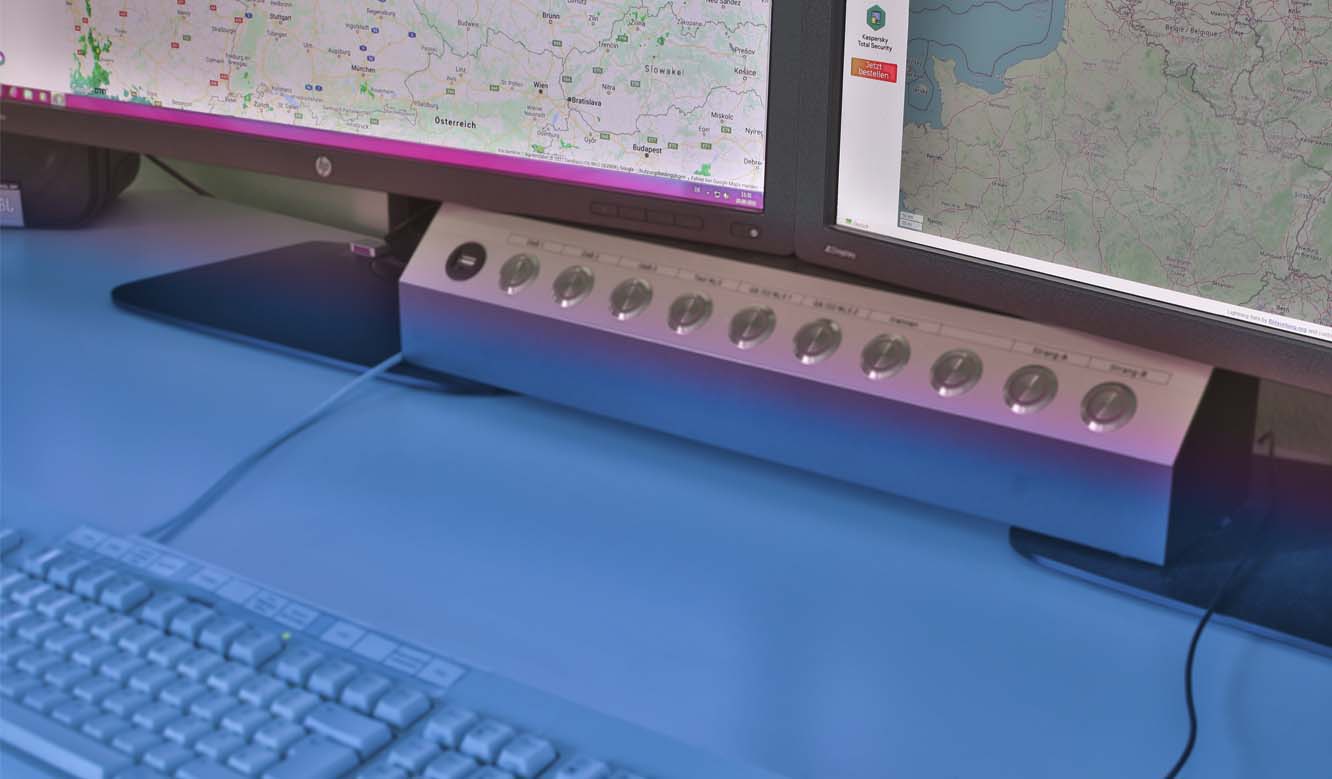 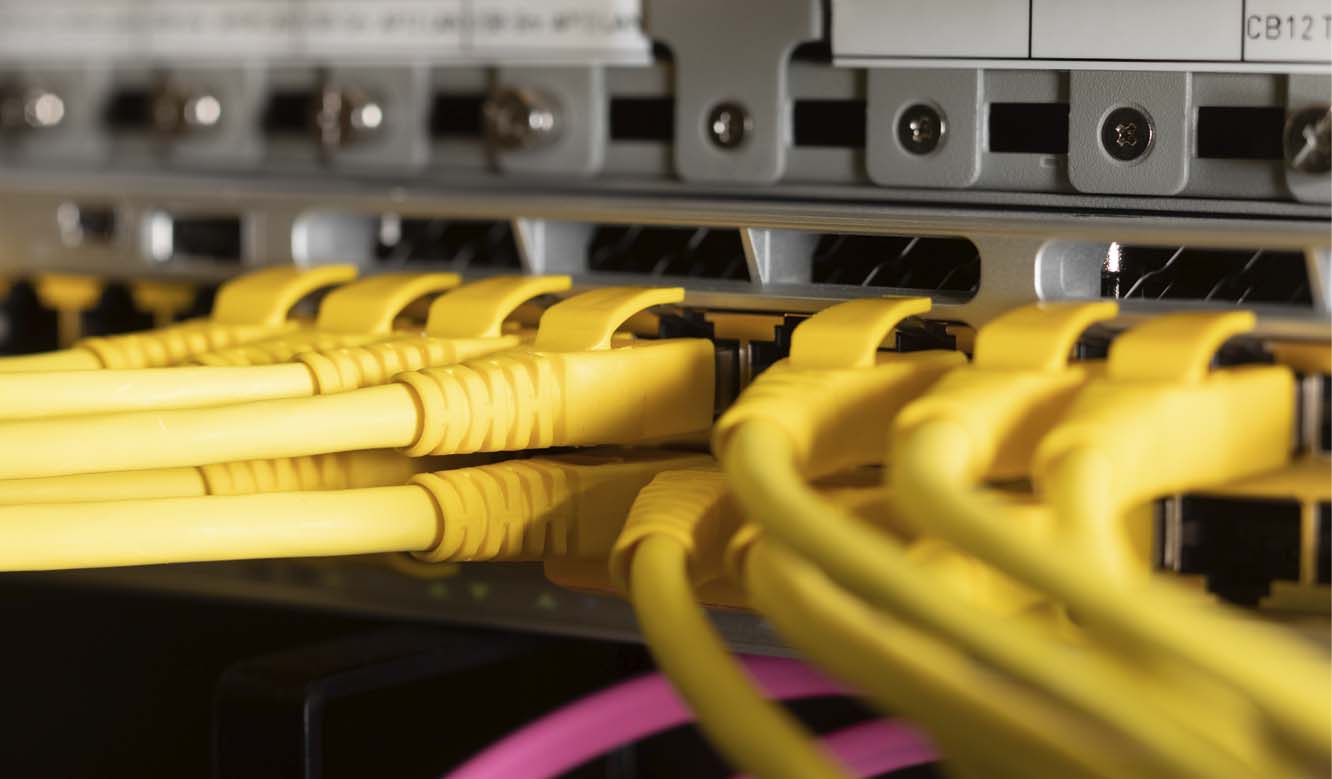 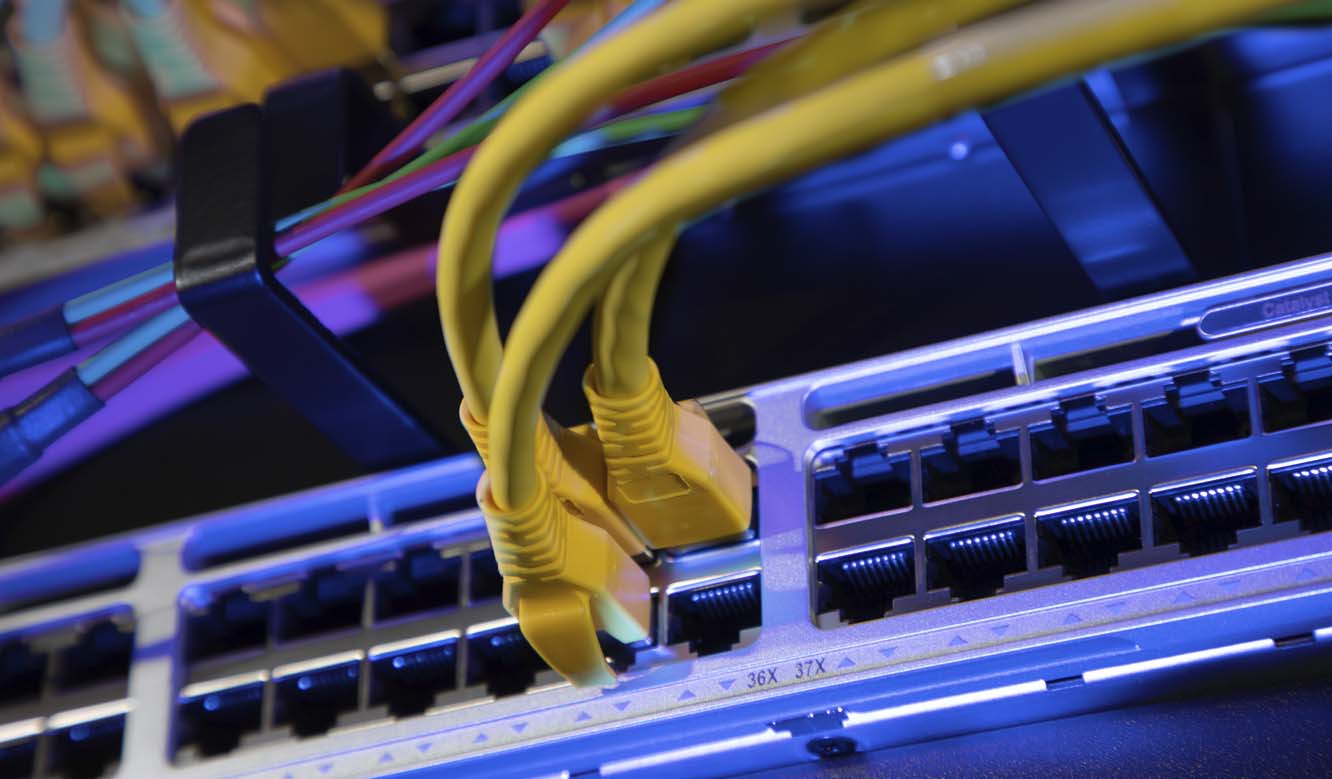 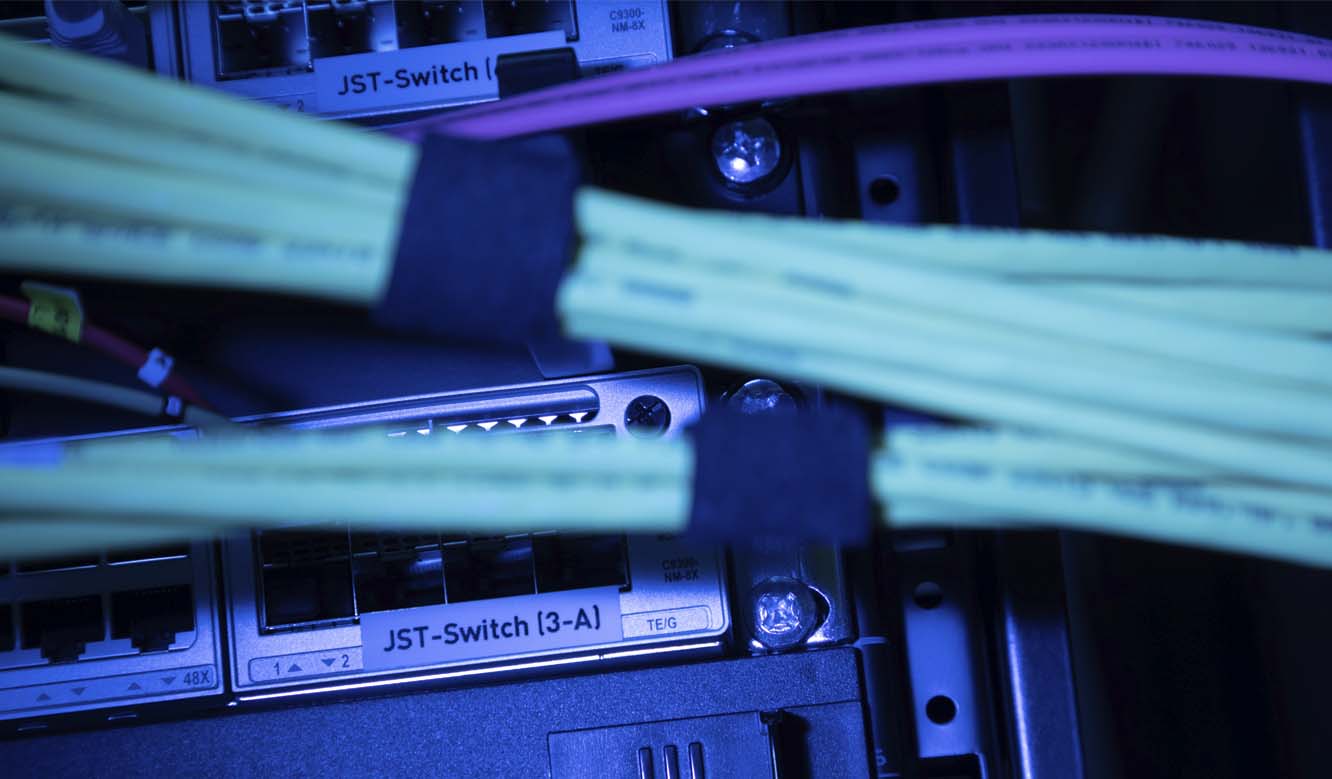 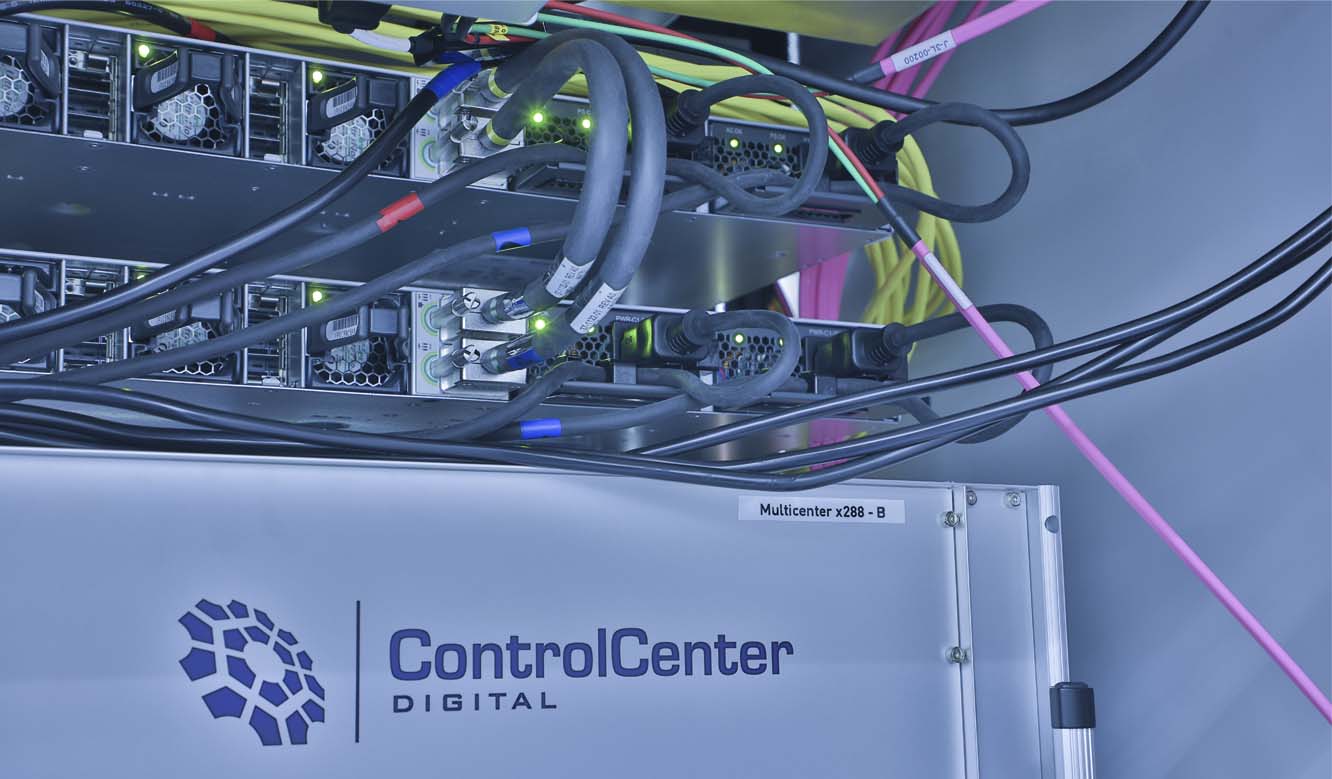 Photo 1 | Wind, sun, water – the use of renewable energies should slow down the progress of the climate crisis. The BARD Offshore 1 wind farm in the North Sea is one of the increasing number of decentralised energy sources feeding into the German electricity grid for the transmission system operator Tennet. With individually adapted technical solutions from Jungmann Systemtechnik, Tennet has now created the basis for adapting necessary monitoring and control systems for future developments in the energy market.

Photo 2 | JST MultiConsoling®: The heart of JST control center technology - the MultiCenter in the Tennet technical room. This multiple-redundant system from Jungmann offers the transmission system operator an intelligent solution that was not only successfully used within the scope of the "KVM Matrix" project, but is also of decisive value for switching from the control system to subsystems.

Photo 3 | Just one example of the growing number of decentralised suppliers feeding energy into the German grid: Up to 400 megawatts (MW) are redistributed from the BARD Offshore 1 wind farm via the German transmission grid to regions with high consumption. A cable connection with 125 kilometres of sea cable and 75 kilometres of land cable is necessary to transport the electricity generated at sea to the grid with as little loss as possible.

Photo 4 | JST control center technology: Innovative technical components in the two Tennet control centers near the cities of Munich and Hanover support a seamless and trouble-free energy supply. From the top: The myGUI® Twin Controller hosts a redundant version of the application logic. Including: the Grabber VM for access to virtual systems. At the bottom: the MultiCenter, the hub for the JST MultiConsoling®.

Photo 5 | JST ControlRoom-Automation: The CommandPanel enables lightning-fast reactions and the assignment of different actions means it can be used in a variety of ways. Project manager Patrick Bernasch-Mellech says: "We use this component for system upgrades. This panel was used heavily, particularly during the migration process. It's good to always have a physical button for returning to normal."

Photo 6 | JST Technik: Network switch – basis for secure KVM control, both in Lower Saxony and Bavaria. The company uses the existing control system to manage a north-south axis that runs right across Germany: Special advantage: Even in the event of a complete failure of one control center, the other could continue all processes and thus maintain operations.

Photo 7 | JST MultiConsoling®: The technical installations from JST have created the prerequisites for eliminating serious input errors for instance.

Photo 9 | JST control room security: Even the power supply of the network switches - seen here above the MultiCenter – was realised in a redundant design. Tennet can guarantee uninterrupted power supply when transporting electricity from the generator to the consumer using maximum safety requirements.

Close to 5,000 employees, 23,500 kilometres of high-voltage lines, 42 million end consumers – even a few apparently simple figures make it clear how socially relevant Tennet TSO GmbH is within the European electricity market. Taking in these grand figures quickly makes one realise that the highest safety requirements and maximum availability are the top priority for the transmission system operator. In view of this, Jungmann Systemtechnik was able to make a convincing case within the scope of a joint project with sophisticated control room solutions that give priority to the safety aspect.

The benchmark is well known: By 2030, 65 percent of Germany’s electricity consumption is to come from renewable energy sources. Wind, sun, water – the European electricity grid is constantly being optimised for the increasingly decentralised and volatile form of energy generation. As a major player in the energy market, Tennet plays a decisive role in keeping the balance between the energy fed into the grid and the energy called off.

Tennet’s primary objective continues to be the guarantee of a secure and uninterrupted supply of electricity during the transport of electricity from the producer to the consumer, also against the backdrop of the energy transition. In order to meet this demand, the company has launched the “KVM Matrix” project (KVM = Keyboard, Video, Mouse). The KVM solution allows for a seamless and trouble-free energy supply thanks to outstanding monitoring and control systems. With the help of JST’s control room specialists, two control rooms at the two sites near Munich and Hanover were equipped to move forward on a sustainable path of energy use.

Power supply had to be secured constantly

The key challenge for the elementary step on this route: the existing PSI control system, a solution developed specifically for energy suppliers, had to be completely renewed. It was necessary to allow parallel operation at this point in order to avoid impairments in Germany’s power supply. The “old PSI” and “new PSI” had to be able to be operated side by side by the Tennet team without any performance restrictions – although without having to monitor a confusing number of monitors.

Project manager Patrick Bernasch-Mellech: “That’s when the idea of building a large redundant system for onshore operation was born.” With the JST MultiConsoling®, the people responsible for this classic migration project have found a solution that is both constructive and reliable. This concept makes it possible to access both systems equally by simply switching back and forth. As a result, the conversion process could be carried out without the additional monitoring monitors mentioned above.

A “proof of concept” was used to demonstrate that the desired benefit is actually realisable. The Tennet control center employees were also familiarised with the new technology this way. Patrick Bernasch-Mellech, responsible for network and data management, explains: “With the PoC, we asked our colleagues about the acceptance of the system. Each employee was able to check what the added value was for him or her. I know from past system integrations that the whole thing can be technically sophisticated – if a system is not accepted by the Control Center, you will have problems.”

Besides the question of a technically feasible solution and the approval of staff, the Jungmann team had to deliver another prerequisite: absolute safety. Appropriate solutions were found for the required remote maintenance access by JST experts – based on maximum security requirements specified by the BSI (Federal Office for Information Security).

JST KVM is part of the most critical application

Patrick Bernasch-Mellech: “Since JST’s KVM is now part of our really most critical application, the highest security requirements apply. If the matrix fails, we don’t have a control system any longer.” He describes what this could mean in an example: “If the control center does not notice that power lines are overloaded because wind fronts are blowing in, then certain areas of the country could suddenly lose their power supply. Therefore, the matrix must be absolutely fail-safe.” Against this background, the geo-redundant sites in the north and south of Germany were additionally equipped with multiple redundancy systems to ensure maximum availability.

Looking back on the procedure within a European tender process, the project manager states: “JST’s presentation of service and intervention options was quite simply the best and had us completely convinced.”

He also regards the use of JST technology beyond the parallel operation of the control system itself to be a real gain: in addition to the PSI application, the MultiConsoling® can be used to flexibly connect the necessary subsystems. “The colleagues switch back and forth quickly and without barriers. Be it weather reports or power plant deployments – they access all the important details about the situation in the German power grid,” explains Patrick Bernasch-Mellech. A special feature: When subsystems are connected, the myGUI® user interface automatically switches to the ” view only mode”. The control system is still visible, but cannot be operated. Potential input errors occurring in the background, which could at worst plunge a city like Hamburg into darkness, are eliminated.

Praise for fair and open dealings with each other

The network and data management specialist is as satisfied with the cooperation to date as he is with the performance of the technical solutions: “I have not had a single case since the commissioning where I had to go home with a bad feeling about something,” Patrick Bernsch-Mellech reports about his experience with the service qualities of JST, “the entire course of the project was characterised by very fair and open interaction. 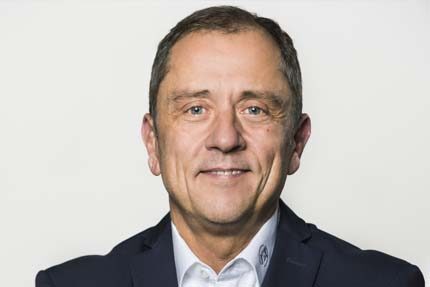 "The specifications for the project were clear right at the start: maximum availability and one hundred percent full redundancy had to be guaranteed. These high demands are also reflected in the corresponding service level agreement for the operation of the system. A requirement that our experienced service team fulfils brilliantly!" 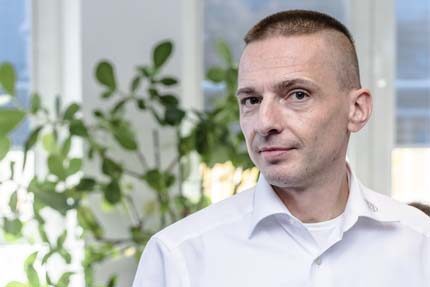 "This demanding project called for customised solutions due to the extensive security requirements, which our programming team was able to implement in the myGUI®. These additional security features now benefit all JST customers as we have integrated them as an integral part of our components." 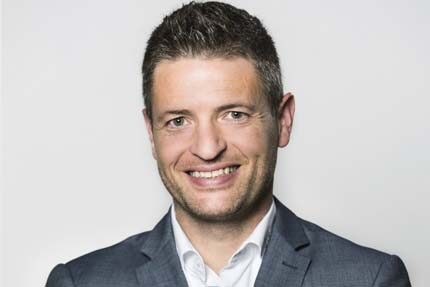 "This project has once again demonstrated how well the individual disciplines work together under the Jungmann Systemtechnik umbrella, and how seamlessly one wheel meshes with the next. Development, technology and sales - a project as extensive as this can only be brought to a successful conclusion if everyone contributes." 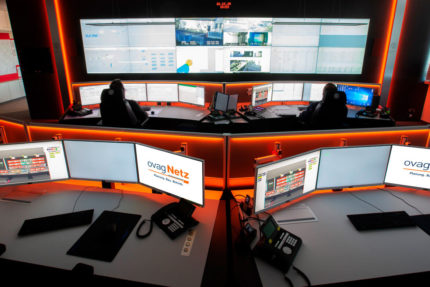 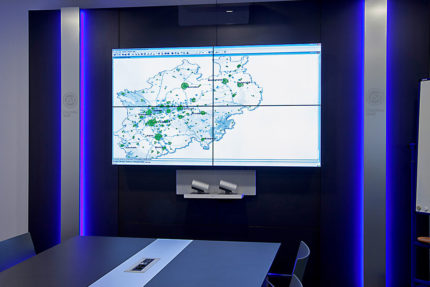 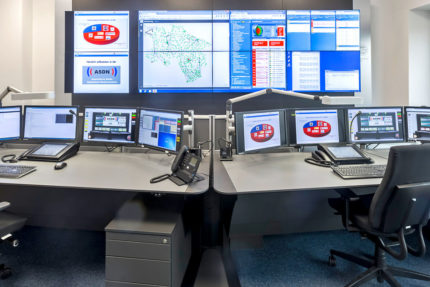 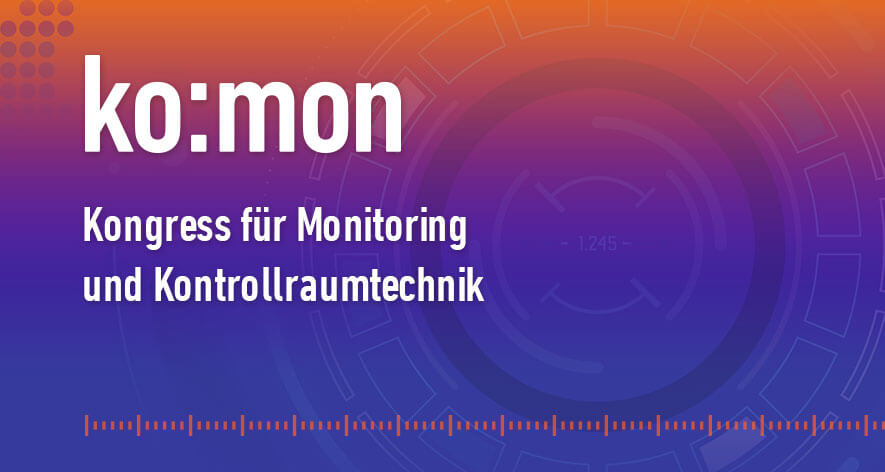