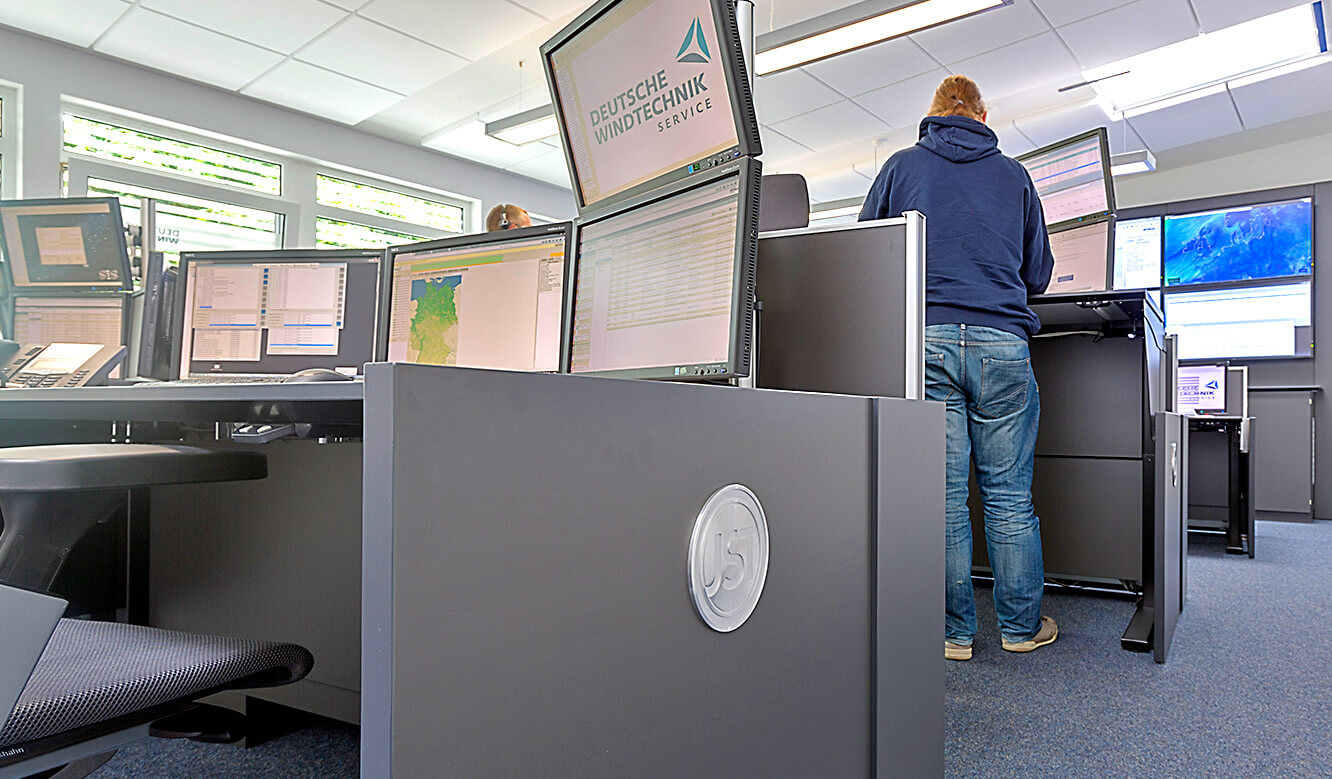 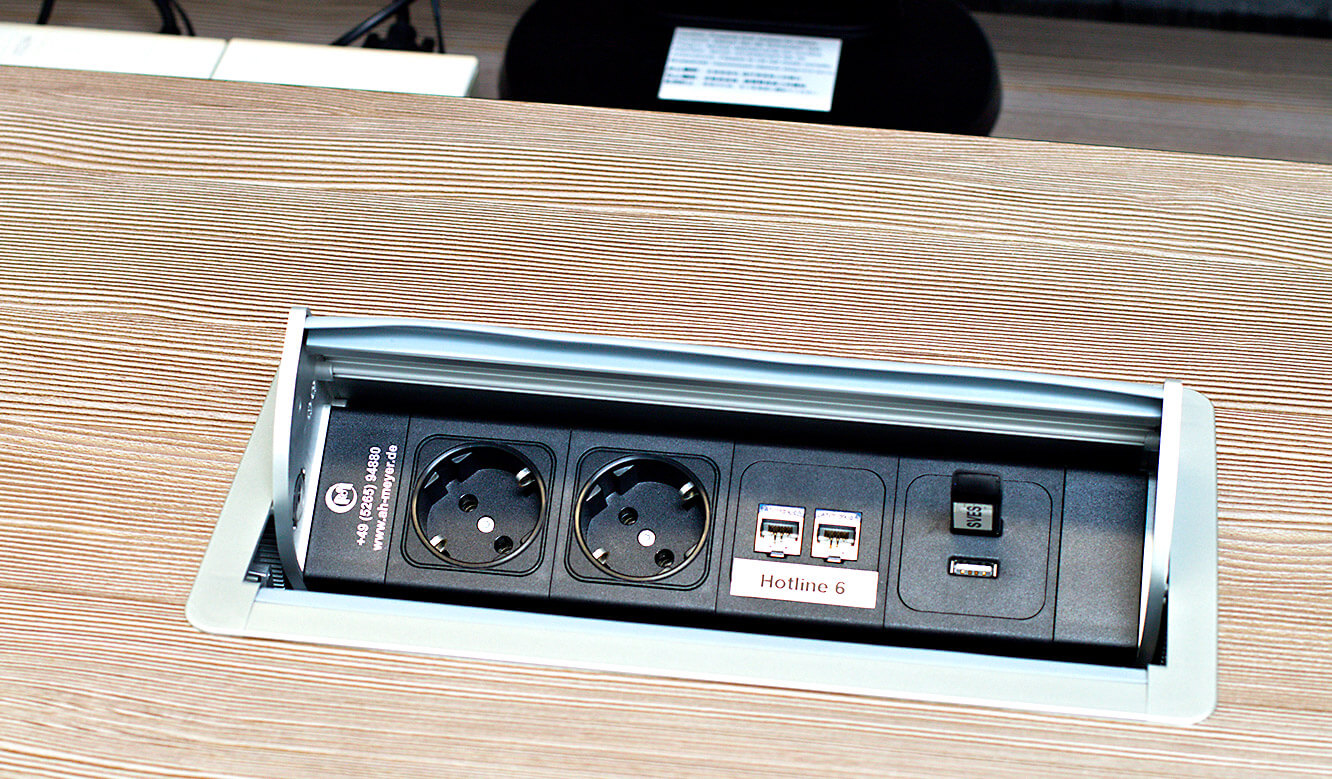 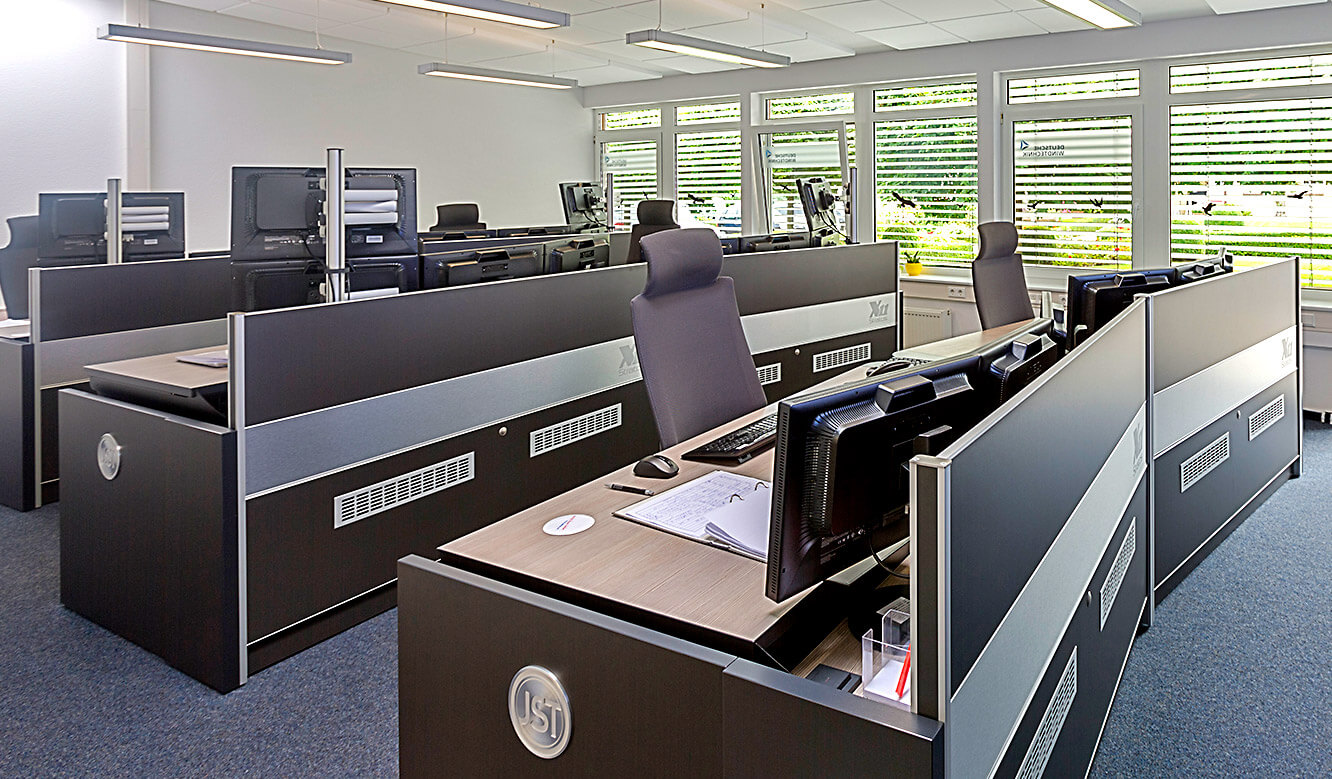 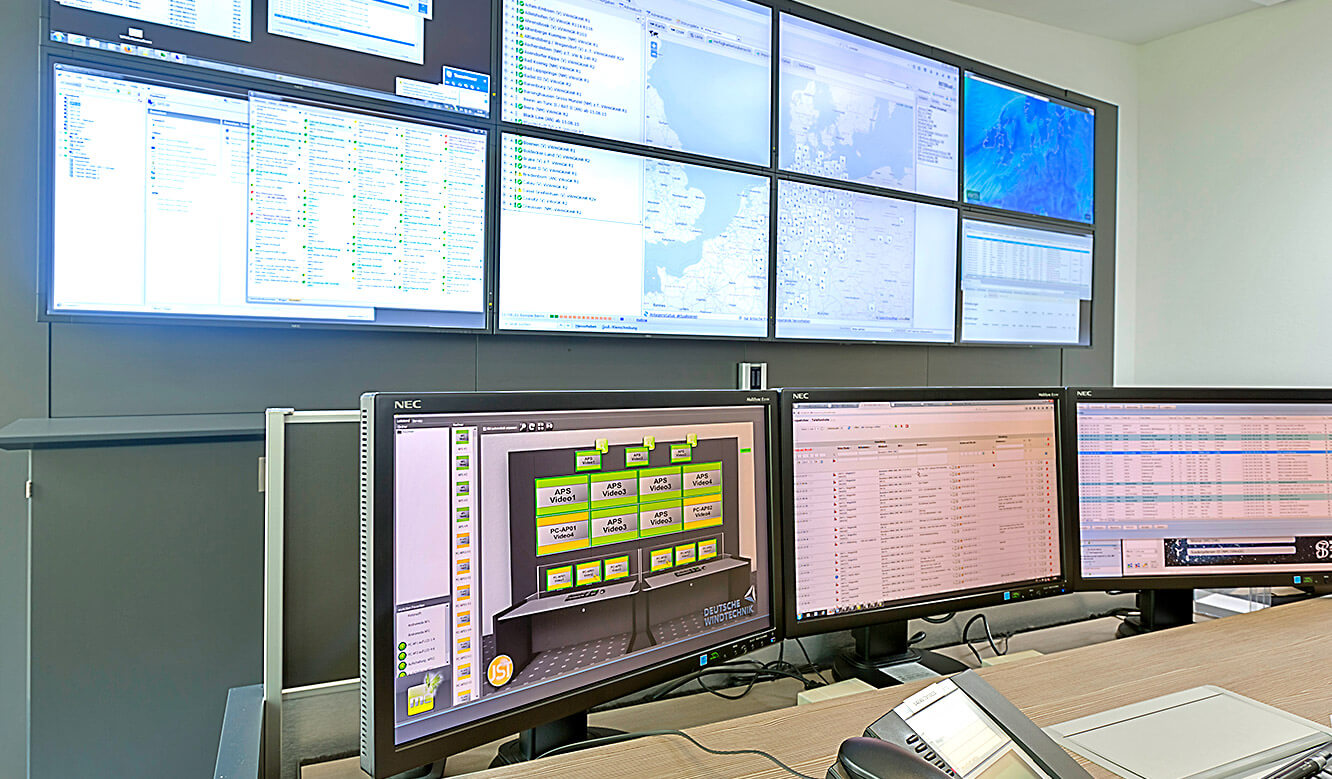 Photo 1 | JST control room: A carefully thought-out room concept, functional planning and a meaningful visualisation of the various systems - in the control center of Deutsche Windtechnik, the operator team benefits from a wealth of experience of different specialists

Photo 3 | JST TFT columns: TFT columns with height-adjustable 3-D articulated arms enable an optimal field of view for the user even on a second screen level.

Photo 5 | JST Power Port Data Module: The operator consoles were equipped with Power-Port-Data-Boxes, so that the users have 230V power supply and their desired connections directly at the workstation.

Photo 6 | JST furniture: Professional design is also important in the visual design of JST furniture. The clear lines of the control station create a "tidy" and structured external appearance.

Photo 8 | The JST-DisplayWalll with 8x 117cm (46") SlimLine LC displays keeps the entire control room team informed about the most important events in real time. From all workstations there is an optimal view of the large screen.

Photo 9 | JST technology: Customer-oriented solutions are very simple for JST. Here, for example, the MultiCenter required for MultiConsoling® was integrated into the media board under the large screen; ventilation slots ensure that no heat accumulation can occur.

“Not only manage and correct errors, but also predict them” – this is the declared goal of Deutsche Windtechnik. In order to make this intention a reality, specialists from the wind energy industry have turned to JST experts. The result: A control center with technical possibilities for proactive error prediction and a facility,that meets the latest ergonomic requirements of modern control center workstations.

More than 2,700 wind turbines are currently serviced by Deutsche Windtechnik under maintenance contracts. In order to create the necessary technical and safety-relevant conditions for future projects, the team around project manager Lisa Niemann was looking for a strong partner. So the recommendation of a colleague from the industry, who operates a control center in Bremen with Jungmann products, came at just the right time. “We know our competitor’s control room and we really liked it,” recalls Kristian Petersen (Head of Technology).

Do not manage errors but act proactively

In initial discussions with the JST planners, it was clearly defined which requirements should be implemented: the integration of offshore wind farms and the monitoring of onshore wind turbines also outside Europe. The three-member project management team of Deutsche Windtechnik had clear ideas about what the future should look like. “We don’t just want to manage the information and wait until disturbances have already occurred. Our goal is to act proactively with regard to error prediction,” summarises project manager Torsten Wohlert.

The large display wall optimises work in the control center

The basis for this innovative mode of operation is a large display wallinstalled by JST: The new control room offers a panoramic view of the system data on eight 46-inch LC displays But not only the work of the 19-strong team of operators is optimised by the large-screen technology, “the projection screen, like the entire room itself, is also frequently visited by our customers,” reports Kristian Petersen, who receives a consistently positive response during these presentations. 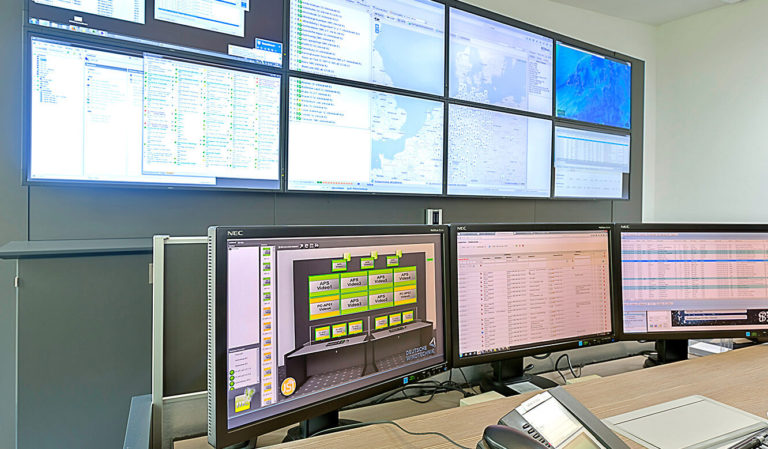 Because great importance was also attached to the equipment of the individual workstations: Ergonomics, for example, played a decisive role. Jungmann Systemtechnik – specialised in this field – was able to score here with the operator consoles of the Stratos series, which can be adjusted to standing height. At the same time, JST MultiConsoling®, a technology that enables convenient control of all workstations and the large-screen system, makes life easier for employees. 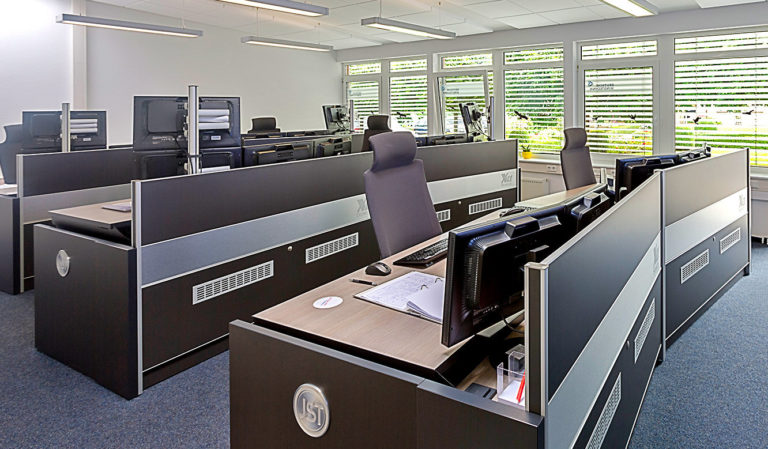 JST furniture: Professional design is also important in the visual design of JST furniture. The clear lines of the control station create a “tidy” and structured external appearance.

"The best we could do"

Already after the first months in the new control control center, the project management team is convinced: “The decision for the JST products was the best we could do”, says Kristian Petersen, who also puts the appreciative reactions of the control center staff into words.

More about the Deutsche Windtechnik AG

Deutsche Windtechnik with headquarters in Bremen offers the complete package for the technical maintenance of wind turbines from one source. This includes servicing and maintenance as well as security technology, remote data monitoring and a comprehensive range of services.

Around 700 people are employed in the ten headquarters and 74 service stations. 180 service vehicles are in operation to maintain the currently around 2,700 wind turbines. The company estimates that the turnover in 2014 will amount to 70 million Euros, for 2015 this sum is estimated to be around 95 million Euros. 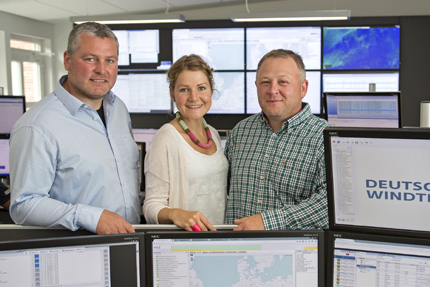 Project manager and team are enthusiastic: 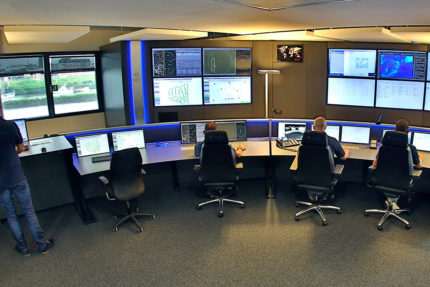 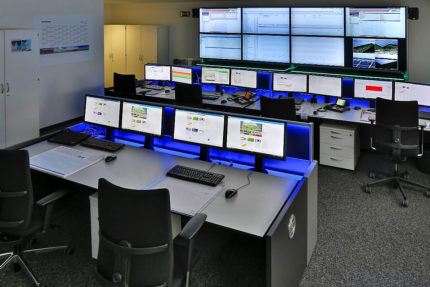 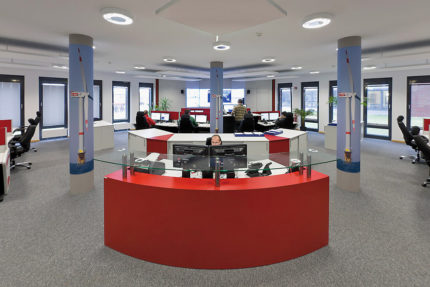