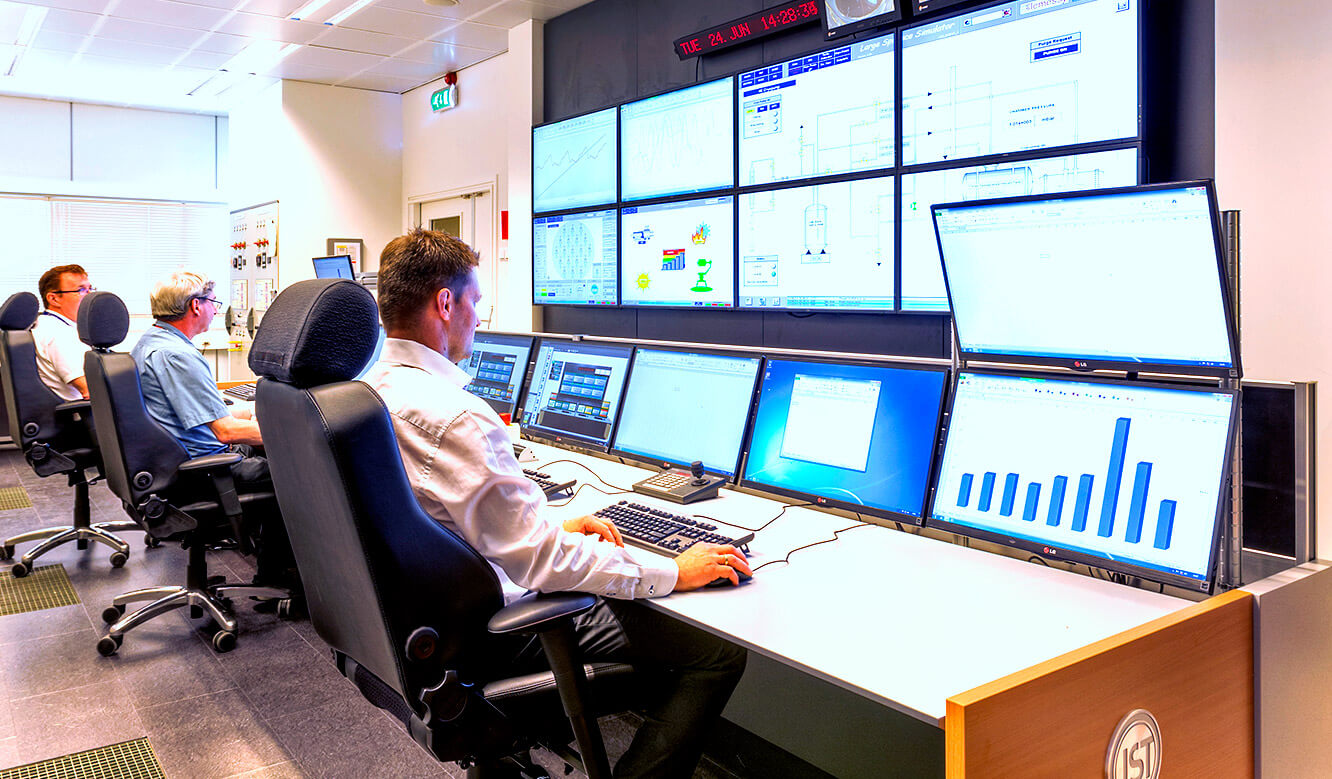 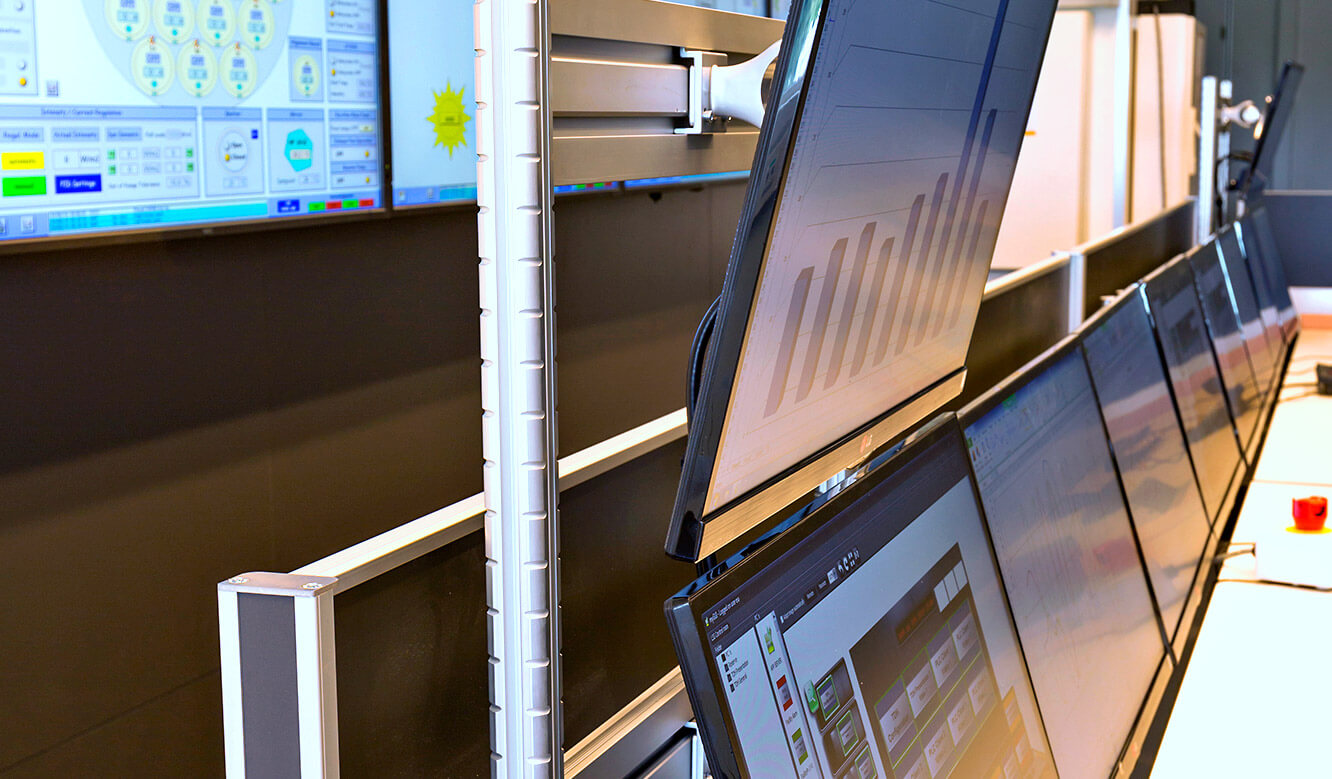 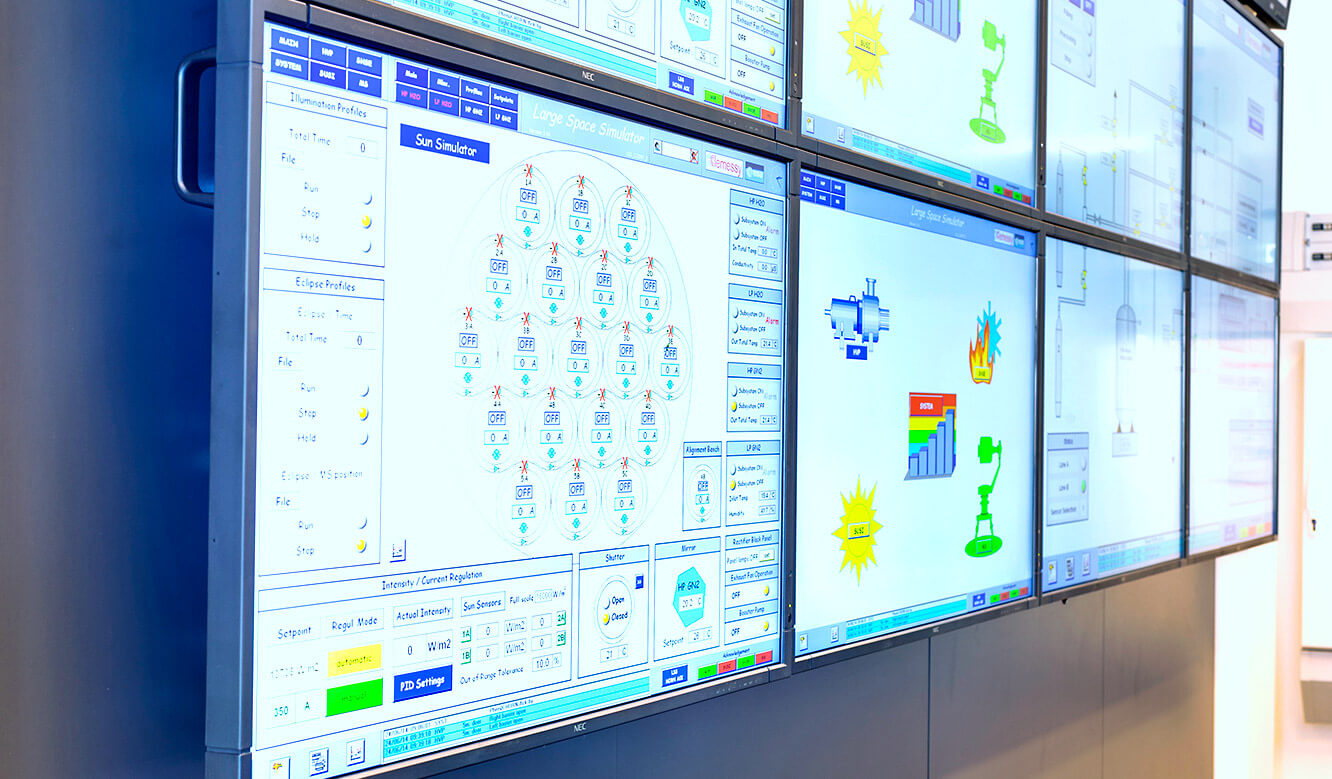 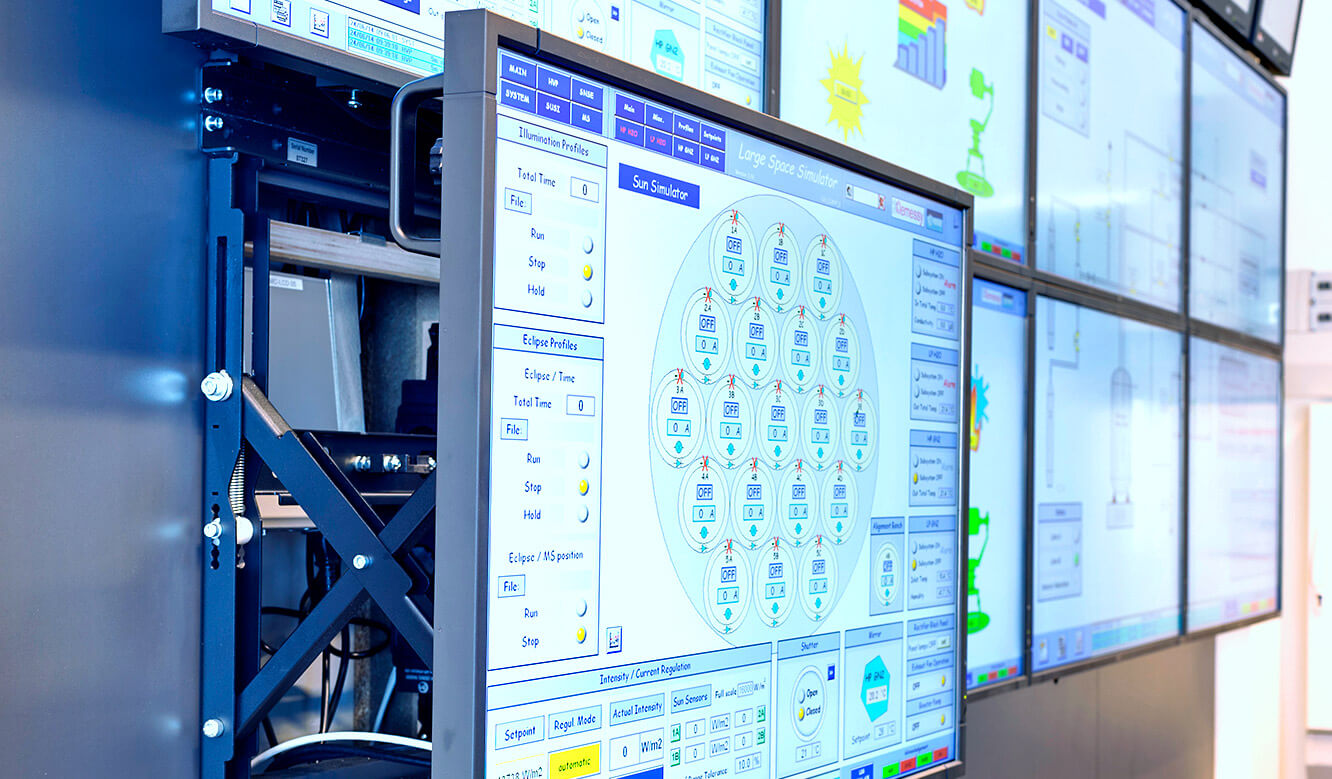 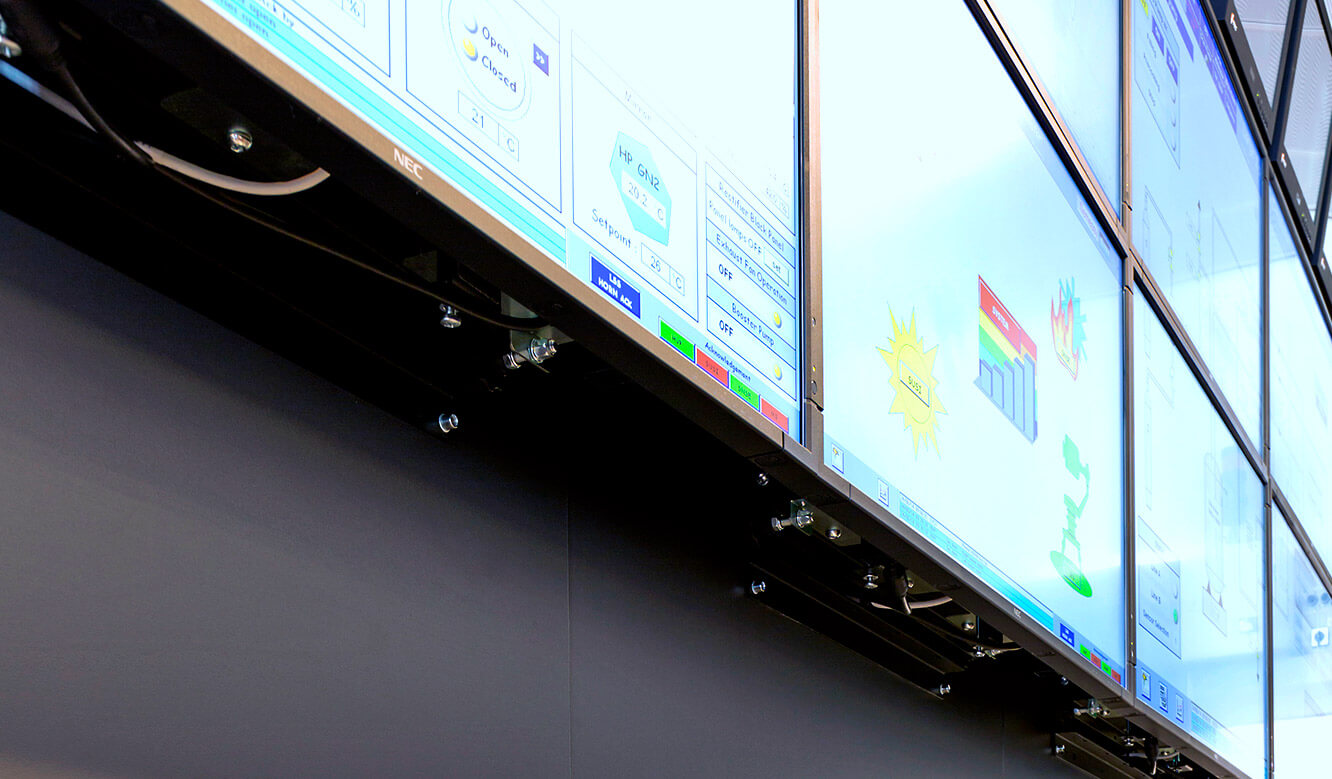 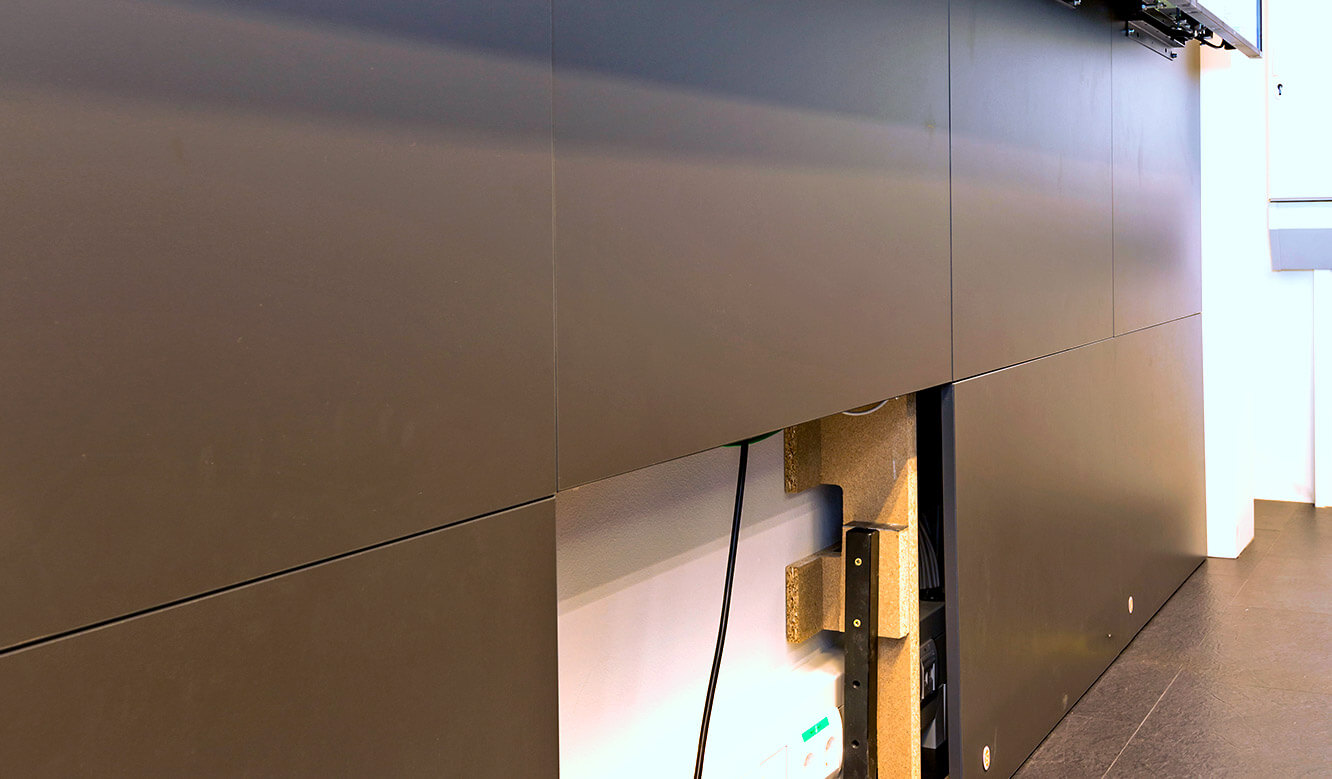 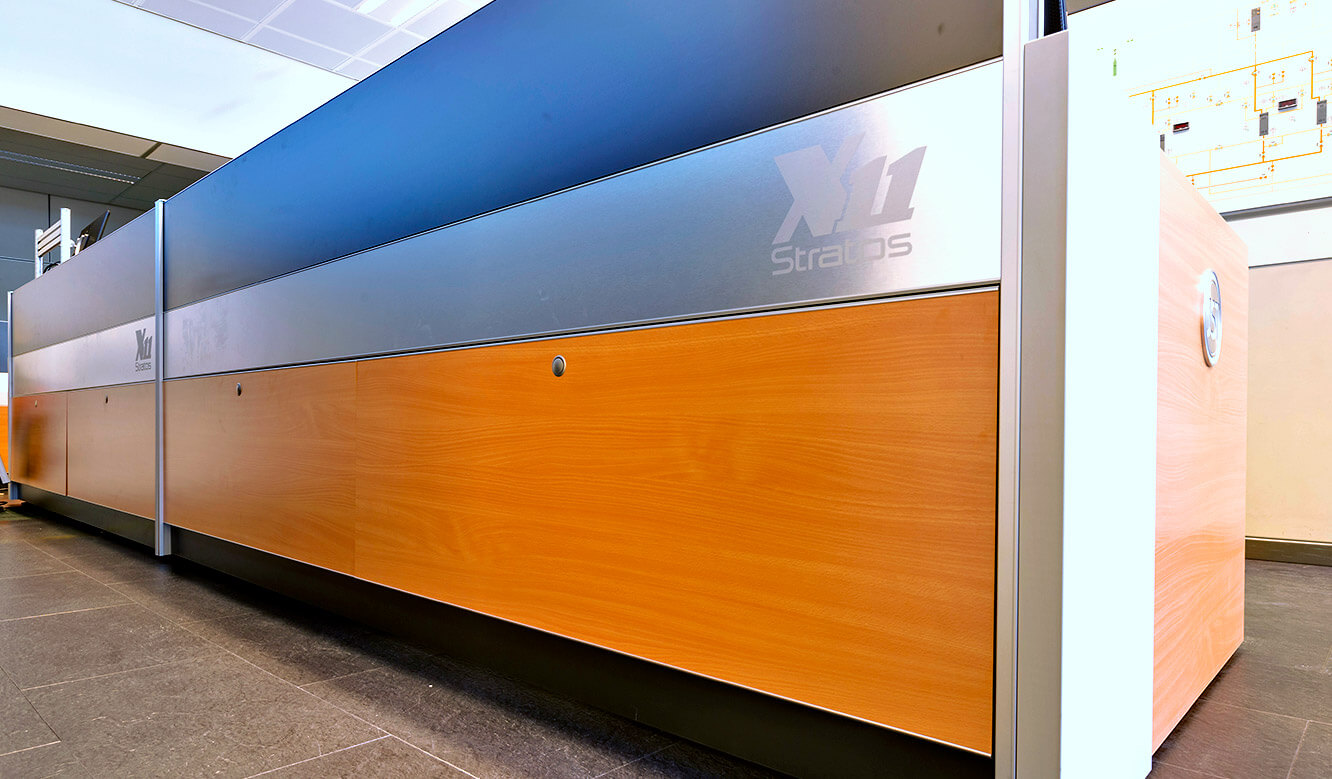 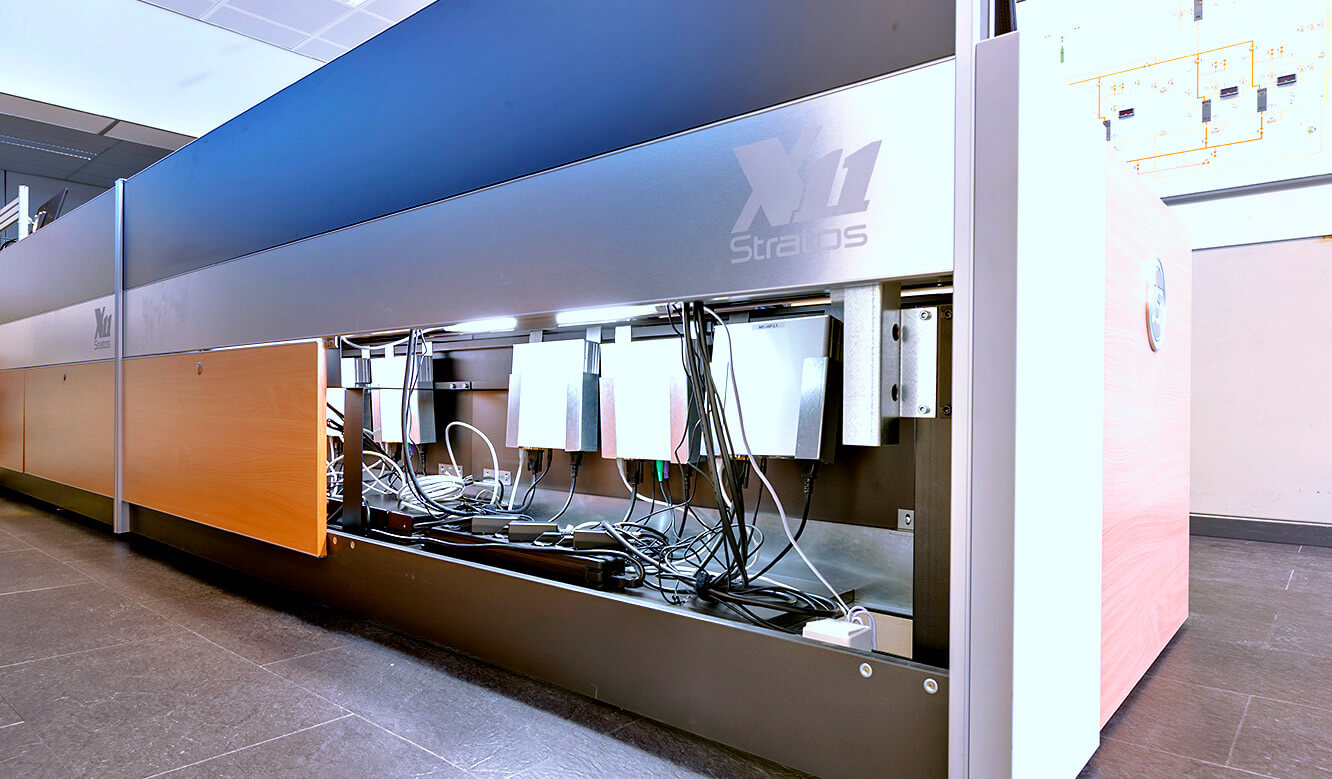 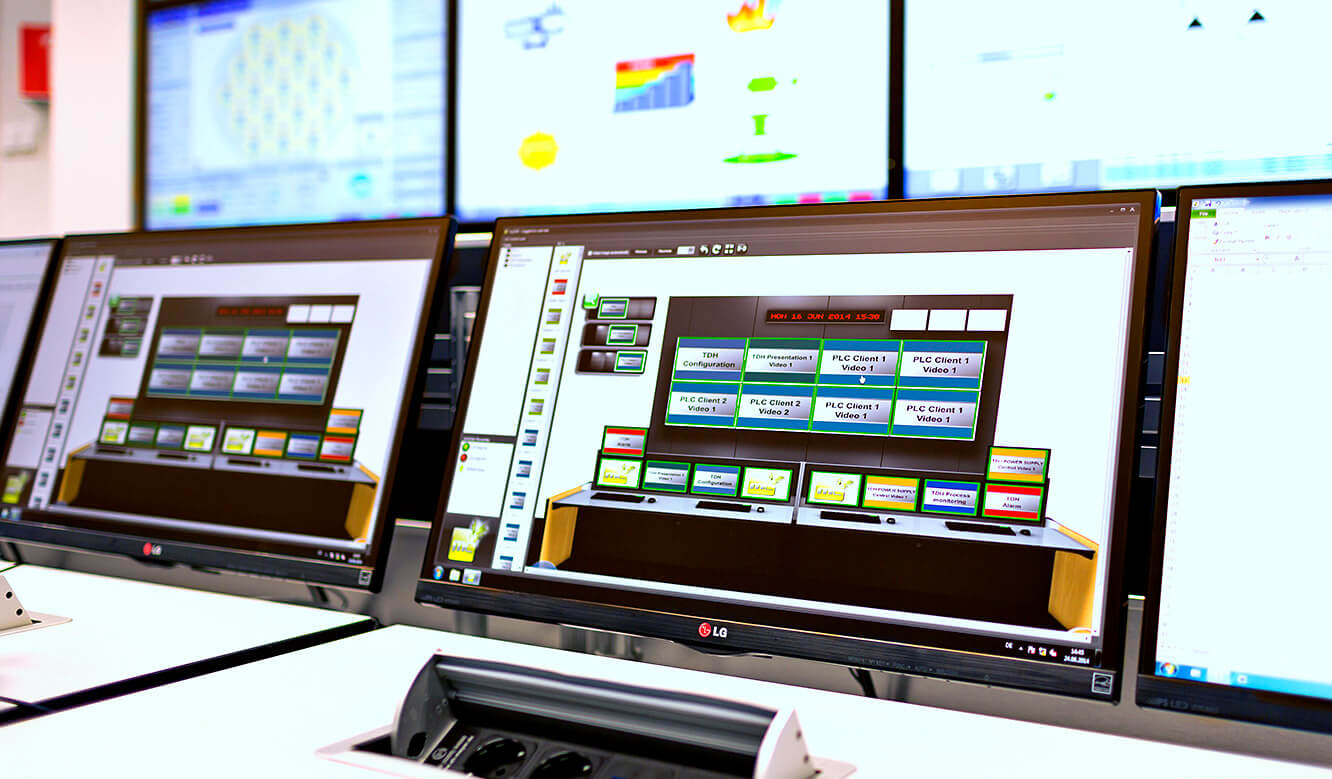 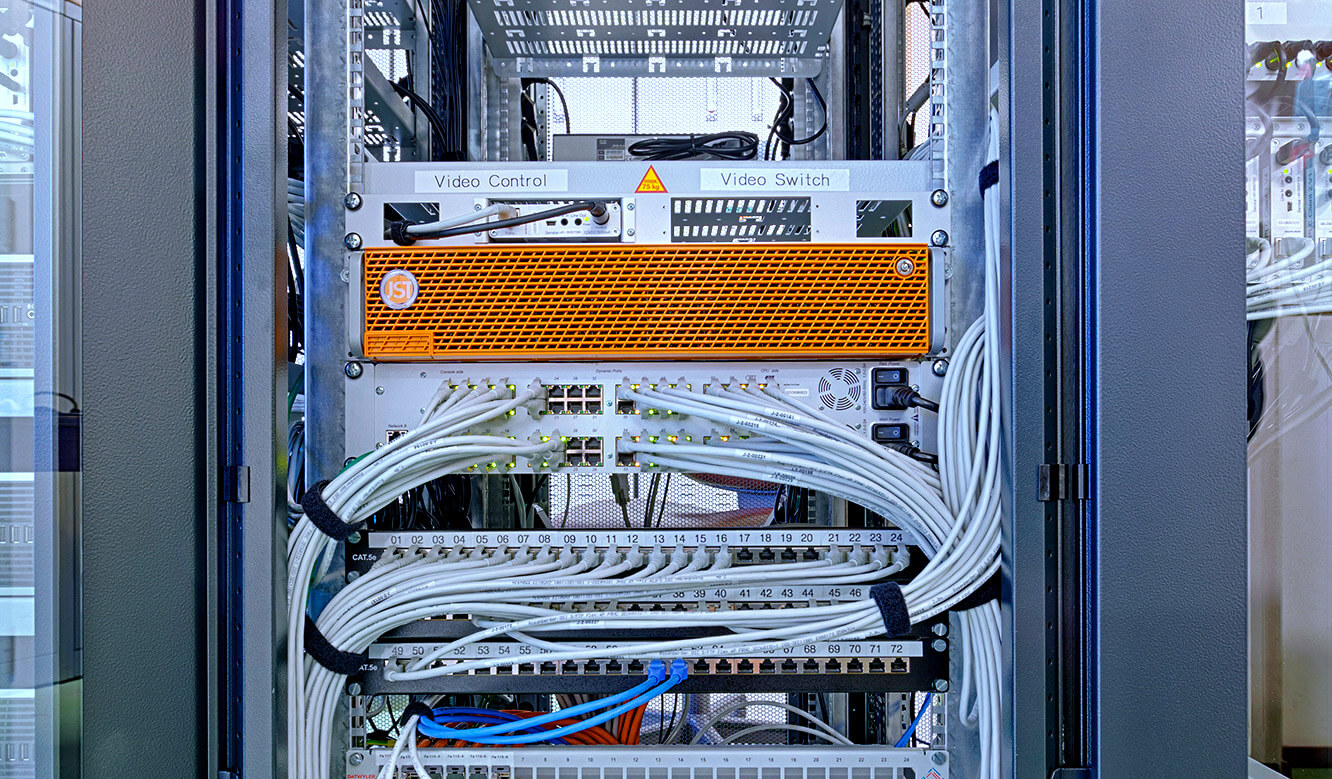 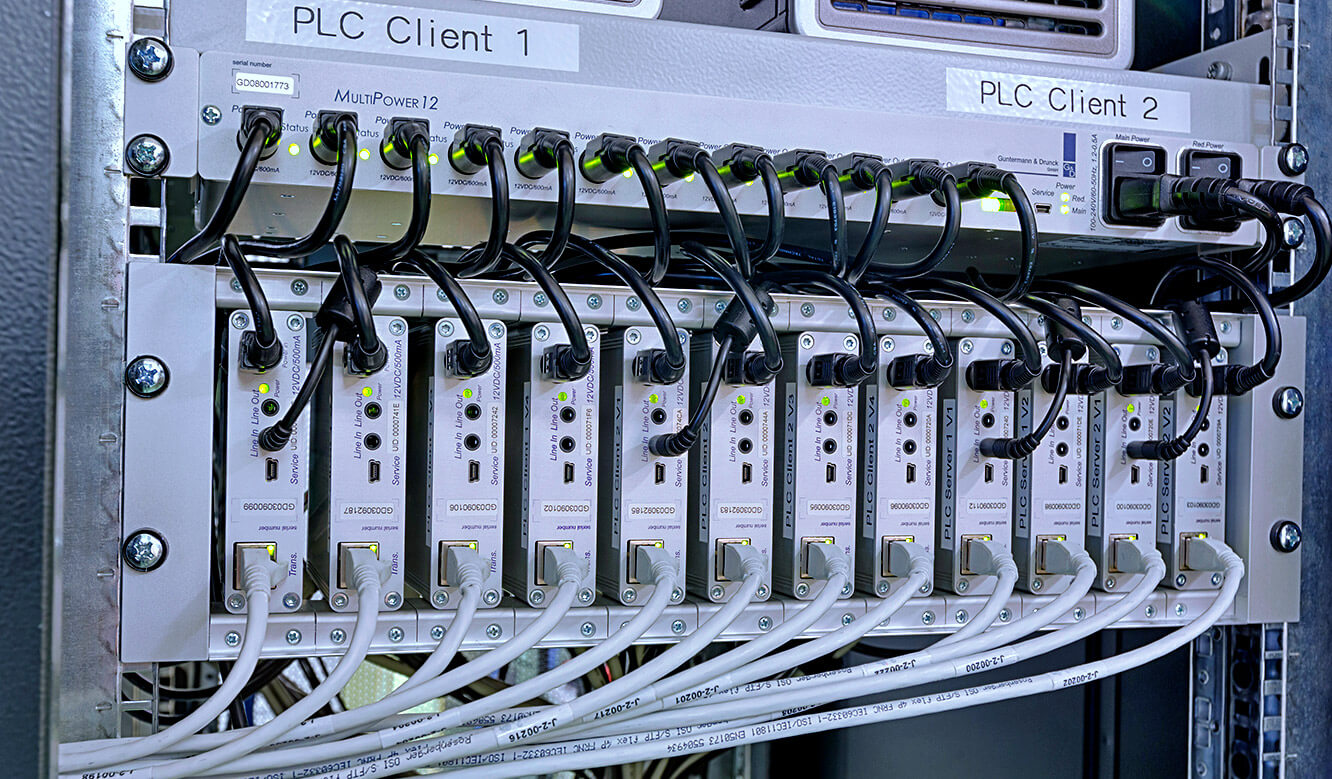 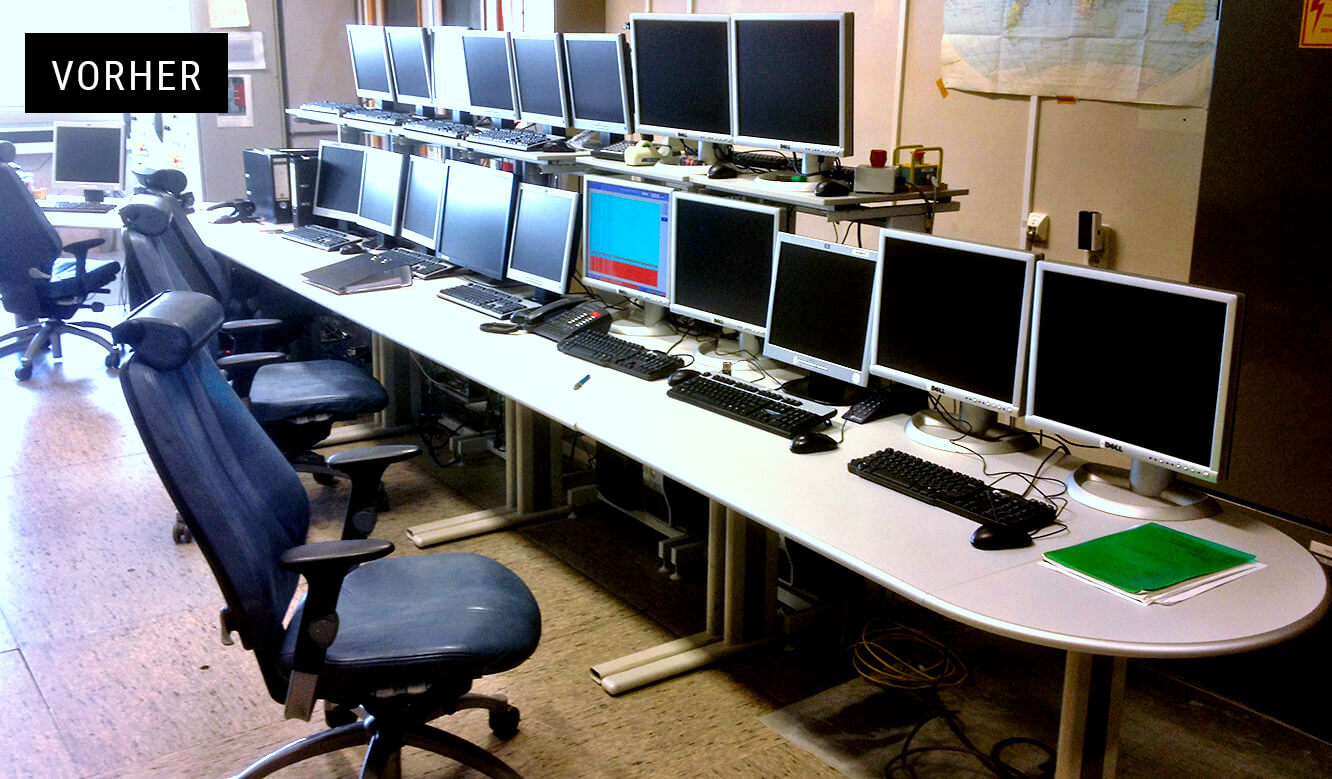 Photo 2 | JST monitor railing: Thanks to a special monitor railing, it was possible to create a second screen level for the workplace displays to the right and left without restricting the view of the large display wall.

Photo 3 | JST large display wall: the JST DisplayWall with 8 40" displays and the workstation monitors reduced to a minimum keep the entire control room team informed about the most important processes in the space simulator in real time. Mouse and keyboard entries can even be made directly on the DisplayWall from the workplace.

Photo 4 | JST QuickOut mounting system: The large-screen displays are mounted directly on the wall to save space.

Photo 5 | JST QuickOut mounting system: By applying light pressure to the outer edges of the display, each individual display slides forward (Quick-Out) to provide access to rear connections and technical components in case of revision.

Photo 6 | JST large display wall: Visually a successful solution - easily accessible wall panels under the large screen displays ensure a perfect first impression. Hidden connections are located behind the panels, which can be removed easily and without tools.

Photo 7 | JST large display wall cladding: Behind the wall panels, which can be removed easily and without tools, there are hidden connections.

Photo 8 | JST control center desk: Even with the Stratos OperatorDesk, at first glance there is nothing to suggest what is behind the neatly fitted inspection hatches.

Photo 9 | JST control center desk: The Stratos OperatorDesk not only has room for large quantities of cables, it can also easily accommodate technology such as the MultiConsoling receivers - a special feature that standard work desks do not offer.

Photo 10 | JST MultiConsoling®: myGUI® – shown here on the workplace display - serves as the user interface for MultiConsoling®. The advantage of this technology is that all sources, such as computers with their keyboard, video, mouse, audio signals and cameras are flexibly displayed on the multiconsoles, i.e. the monitors at the workplace, or on the large display wall.

Photo 11 | JST Server: The JST Application Server (orange) is the myGUI® host for operating the MultiConsoling® system; Just below this is the MultiCenter, which connects all sources and multiconsoles at workstations and the large screen wall.

Photo 12 | JST technology: Detailed view of the power unit (above), which is used to supply power to the grabbers underneath; here enclosed in a 19-inch rack. The grabber in turn connects the sources with their keyboard, video, mouse and audio interfaces.

Photo 13 | Before the conversion: the operator team had to monitor a confusing number of different displays in the former ESA control room.

Conditions that could hardly be more extreme: On one side the icy cold of space, on the other the blazing heat of the sun. If technology is to work reliably under such conditions, it must be tested and monitored closely to ensure that the materials used can withstand such extreme conditions. For the satellites of the European Space Agency (ESA), a so-called Large Space Simulator, or LSS for short, is available in Noordwijk, Netherlands. Using products from Jungmann Systemtechnik, specialists from the European Space Agency monitor the processes in this space simulation facility in the new control room .

A flood of monitors and computers “graced” the former control center of ESA’s European Space Research and Technology Center (ESTEC) in Noordwijk, the Netherlands. Those responsible, above all project manager Alf Schneider, wanted to get to grips with this with an extensive modernisation. While searching for suitable partners for the realisation of a new control room, the electromechanical engineer came across JST- Jungmann Systemtechnik and it quickly became clear that the Jungmann components were an excellent match for the ESA requirements.

For the monitoring of the space simulation facility, a proactive large display wall consisting of eight business large-screen displays, optimised for 24/7 operation, is now available in the control center after successful modification. JST MultiConsoling®, a concept for controlling all workstation computers and the large-screen system, enables administrators to conveniently display all processes running within the LSS on the large display wall as BigPicture, or to exchange screen contents from workstation to workstation within the control room.

For example, a vacuum is created in the chambers, liquid nitrogen is used to create temperatures below -180° C to simulate the background of space, while on the other hand the satellites are exposed to a solar simulation via extremely powerful spotlights and mirrors. Thanks to the Jungmann devices, not only the processes in the simulation chambers can be visualised, but also the temperatures can be monitored and the image signals of the control computers and the measuring technology can be received.

The LSS operator team in the ESTEC test center, which monitors the functional tests of the space satellites around the clock, does not only benefit from the new technical equipment in the control room in Noordwijk: the equipment is supplemented by high-quality ergonomic control center furniture from the Stratos X11 range. Alf Schneider: “The furniture is very well received by our colleagues – the feedback confirms this”. He also has special praise for the Jungmann technicians who were active on site: “The team was really great, communication was perfect and there were no delays. 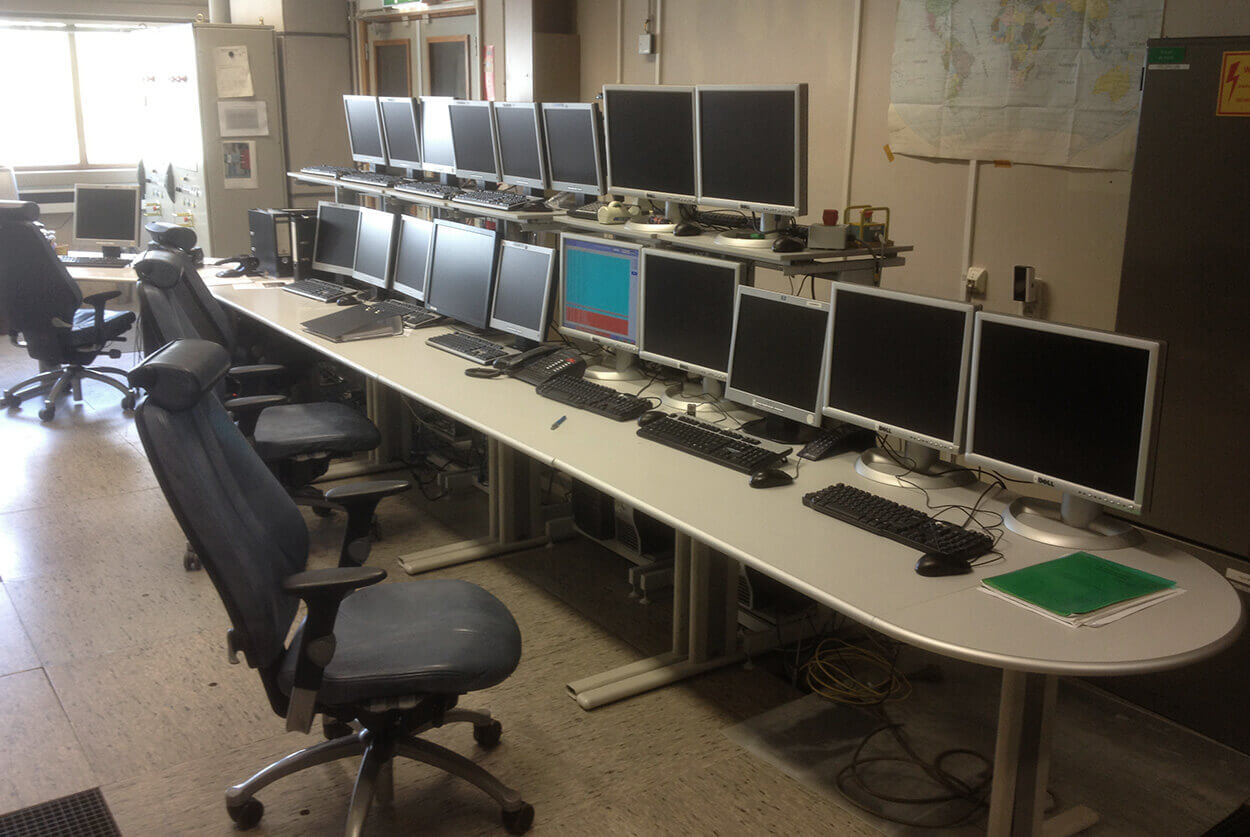 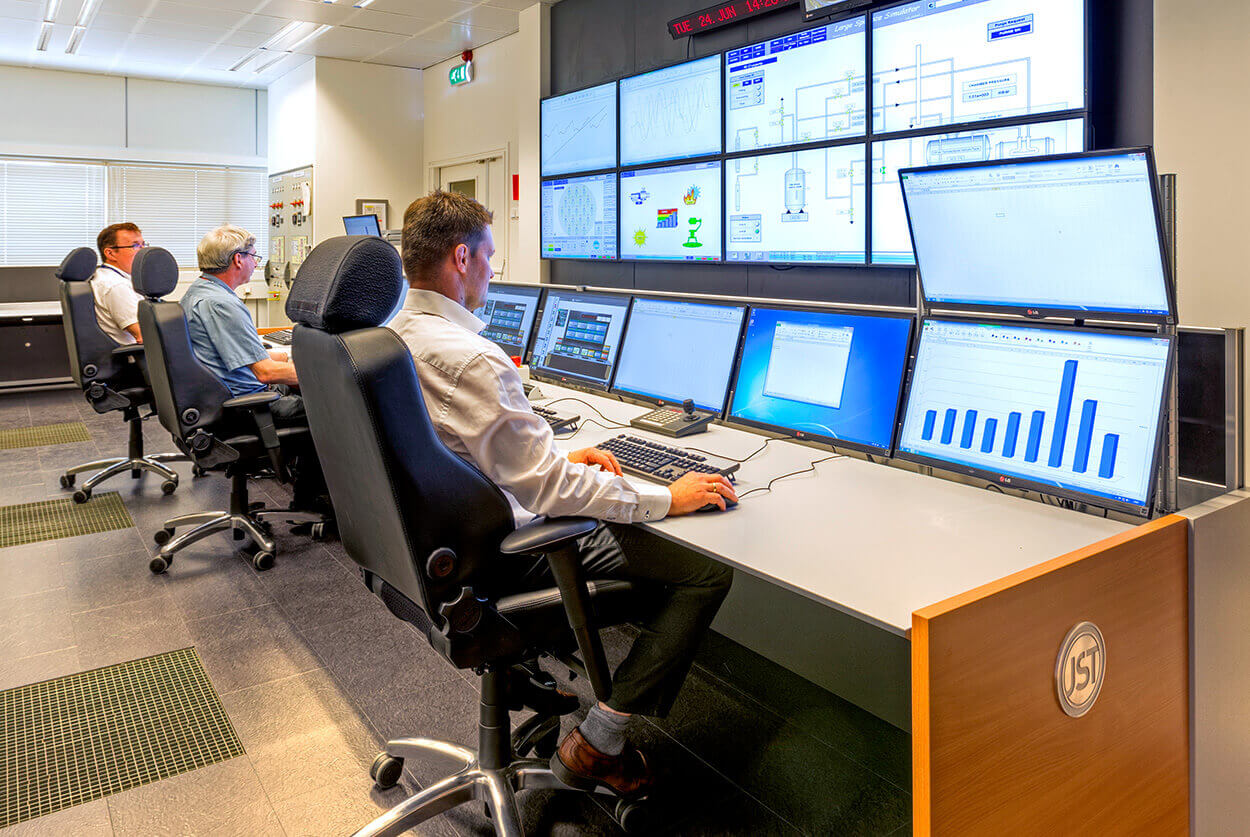 Information about ESA and ESTEC

The European Space Research and Technology Center (ESTEC) in Noordwijk, near The Hague in the Netherlands, is one of the largest sites of the European Space Agency (ESA) and houses not only numerous research laboratories but also a large test center where all ESA’s spacecraft are put through their paces before being released for use. These include vibration and shock tests as well as thermal and vacuum tests. The ESTEC Test Center thus plays a central role in the overall ESA mission sequence and provides valuable results for commissioning and operation with its large number of generously dimensioned test rigs. 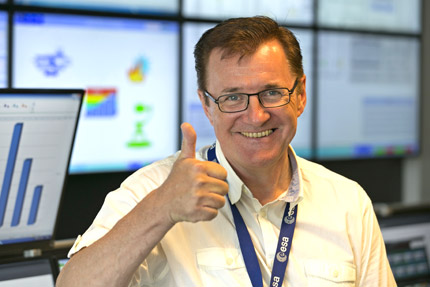 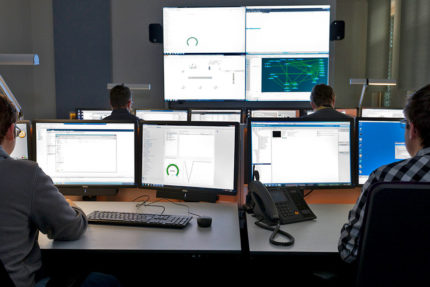 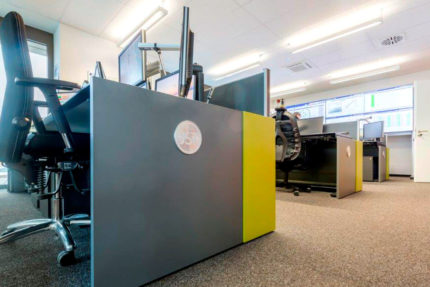 Visit the Europe-wide one of a kind


Visiting the control room simulator is free of charge.
We ask for registration and reservation of dates.