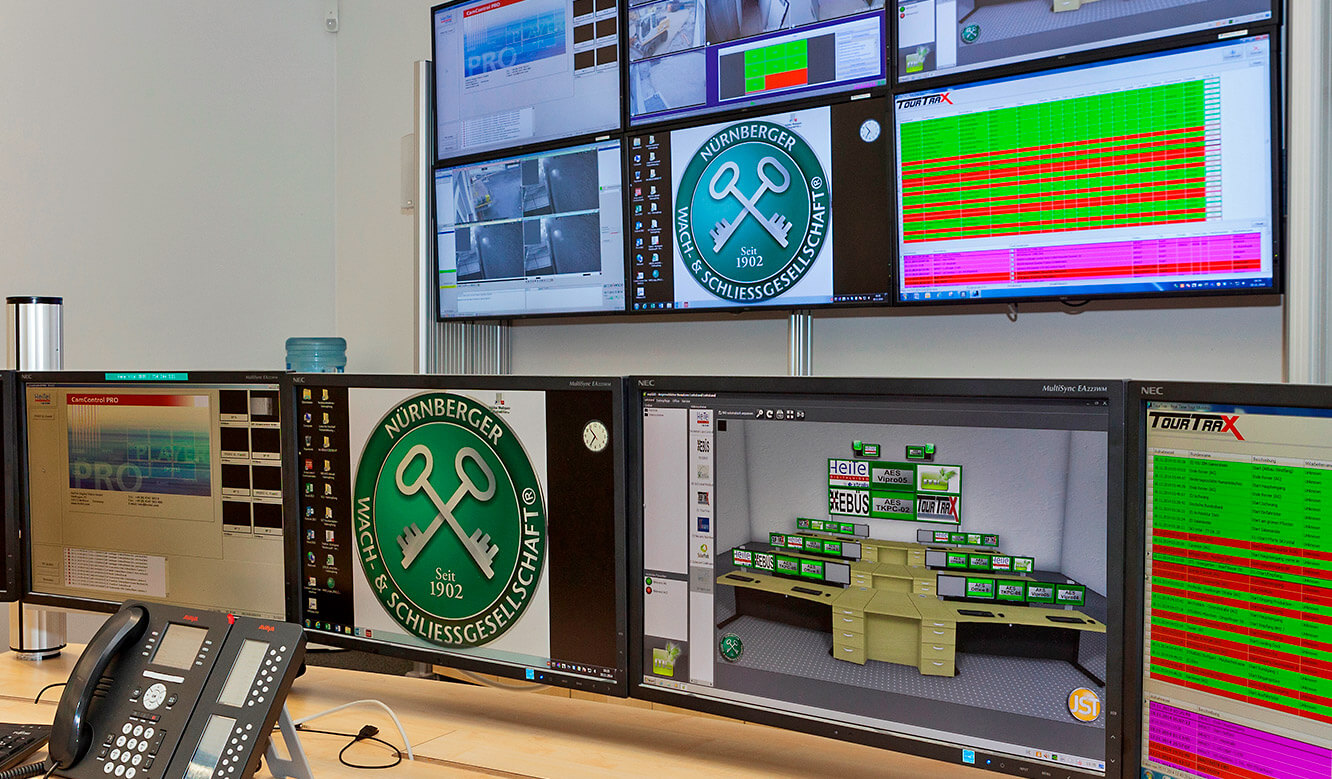 Photo 1 | JST large display wall: The right information at the right time - the JST-DisplayWall with 6 46" displays keeps the entire control center team informed about the most important events in real time. From all workstations there is an optimal view of the 24/7 business displays.

Photo 2 | JST MultiConsoling®: myGUI - shown here on the second screen from the right - serves as the user interface for MultiConsoling®. Advantage of this technology: Computer signals with keyboard, video, mouse, audio signals and cameras are flexibly displayed on the monitors at the workplace or on the large display wall.

Certification as one of the most modern control centers in Europe

With the support of a team of experts from Jungmann Systemtechnik – JST, Nürnberger Wach- und Schließgesellschaft has implemented a future-proof and expansion-proof expansion of its emergency call control center. Thanks to this new construction, the heart of the security service provider, which has been operating on the market since 1902, may now call itself Alarm Reception Point (AES), complies with the latest requirements of the European standardisation authority CENELEC and has received the VdS certificate according to DIN EN 50518.

“We are proud that we have one of the 25 most modern control centers in Europe,” says AES Plant Manager Ronny Gehrmann, summing up the result of the extensive new building solution at the home base in Nuremberg.

Large number of different signals must be monitored

Ronny Gehrmann sums up the problem of the former control center of Nürnberger Wach- und Schließgesellschaft (NWS) clearly: The various input systems of alarm, video and camera signals of more than 10,000 customer objects in the entire German-speaking area must be continuously monitored on site. A confusingly large number of monitors further complicated their control. 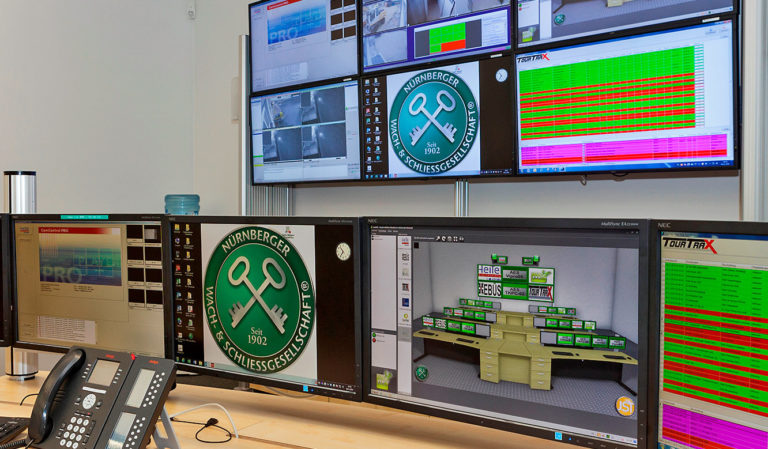 JST MultiConsoling®: myGUI– shown here on the second screen from the right – serves as the user interface for MultiConsoling®. Advantage of this technology: Computer signals with keyboard, video, mouse, audio signals and cameras are flexibly displayed on the monitors at the workplace or on the large display wall.

Ideal case: Every employee has access to every system

There were three important wishes that the project manager wanted to realise in cooperation with Jungmann Systemtechnik: Each of the 34 employees should ideally have access to each system and be able to act accordingly. Even if individual workstations or monitors fail, other employees should be able to take over the activities of their colleagues. And last but not least, they wanted to keep heat and noise out of the control center to improve the working climate.

JST MultiConsoling® as an ideal solution

The JST MultiConsoling® in combination with a proactive large display wall “was the ideal solution for our requirements”, Ronny Gehrmann sums up, “there is simply nothing better”, the expert judges, who particularly emphasises that thanks to the many years of JST experience, the goal and result were clearly defined, the result was to his utmost satisfaction.

For Ronny Gehrmann, one thing is certain: “The relief provided by the new technology is clearly noticeable. We can deploy our employees much more flexibly because any system can be operated at any workstation – and even the handling is intuitive and self-explanatory thanks to drag & drop”.

The Plant Manager does not neglect the service concept either: “JST acted in a helpful, fast and always constructive manner during the entire project. The first impression of the positive service did not leave us until the end”.

Founded in 1902, Nürnberger Wach- und Schließgesellschaft is today managed as a family business by Peter Stern in the third generation. The company names a high level of commitment, qualified employees and modern technology as the three cornerstones of its success. On the company’s homepage it says: “Today, more than 110 years later, we are one of the leading security companies in Germany. At the headquarters in Nuremberg, there is an ultra-modern administration and security center, which also houses the alarm reception center. Our facilities meet the highest European security standards”.

The Alarm Reception Point (AES) is described as the heart of the Nürnberger Wach- und Schließgesellschaft. From there not only the alarm tracking is controlled, but also the alarm reception from the entire federal territory is guaranteed. 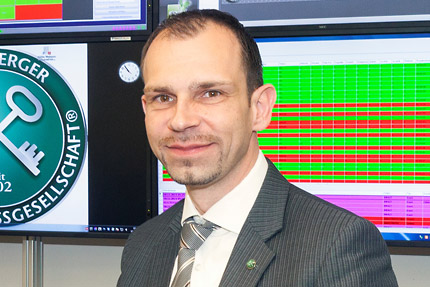 "The ease provided by this new technology is quite obvious. We can deploy our employees much more flexibly because every system can be operated from every workstation." 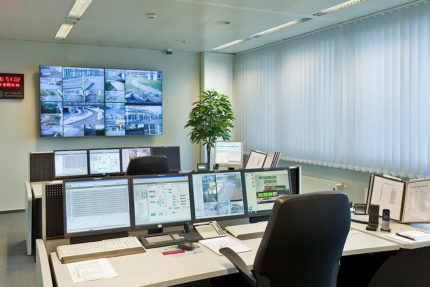 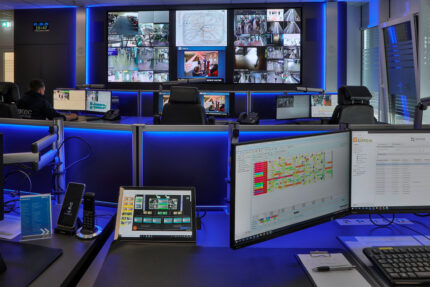 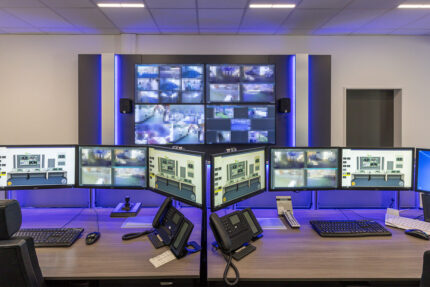